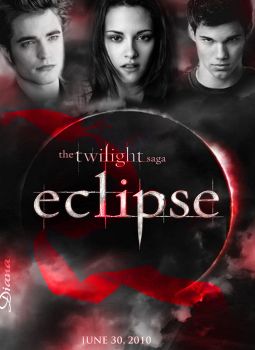 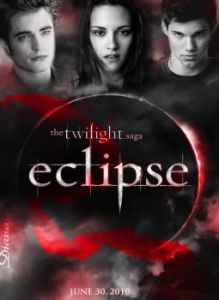 “Imprinting on someone is like… Like when you see her… Everything changes. All of a sudden, its not gravity holding you to the planet. It’s her… Nothing else matters. You would do anything… be anything for her. ” – Jacob

Brief Synopsis – As a new threat appears, the Vampires and Werewolves must work together to protect Isabella

My Take on it – As I wade my way through this series , I feel that the storyline just seems to meander along and doesn’t really give us anything unique in each of the subsequent films.

The storyline remains geared towards the fans of teenage romance and doesn’t offer much more to anyone else.

The idea to keep adding new “blood” into each subsequent film is both helpful and detrimental to the overall storyline because it feels as if they are just trying to find ways to extend the storyline because they keep running out of ideas for the current conflicts.

The conflict in this film between the characters once again seems to be lacking in any form of real emotional impact and I’m sure that the main reason for that is the fact that certain things are easier to expound on on paper than on screen itself.

Bottom Line – This story just seems to meander along as they try to make things seem more interesting in this teenage romance world that they created yet never manage to make it feel unique enough.  The idea to add new “blood” to each subsequent storyline both works for and against this film at the same time.  The conflict between the characters once again seems to lack any kind of real emotion and that probably once again stems from the fact that the story probably works better on paper than on screen.

MovieRob’s Favorite Trivia – Director David Slade originally spoke against the Twilight series, stating that he wouldn’t go near the franchise. Shortly after he was announced as the director of Eclipse, he quickly withdrew his previous remarks, claiming it to be a joke he was doing to promote some comedy shorts. (From IMDB)