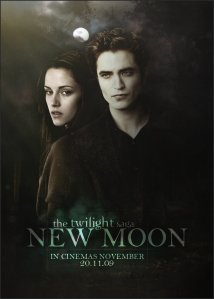 “It’s my job to protect you. From everyone, except my sister. ” – Edward

Brief Synopsis – Things get more complicated for Isabella when she not only gets involved with Vampires but also with a pack of local Werewolves.

My Take on it – In this film, they decide to introduce us to another Fantasy species and we get to see how Werewolves tie into the whole teenage angst storyline.

The fact that Vampires and Werewolves are bitter enemies yet manage to find common ground makes things a bit more interesting but certain aspects of it all come across as seeming quite silly.

The idea to have the main character Isabella torn between teens of both species is ok overall, but it gets tiresome pretty quickly.

They do a nice job with the special effects in this film and allow us to see a world inhabited by both of these species.

I assume that the novel that this film is based on is much more interesting than the film because on paper it’s much easier to express much of the internal conflicts of the characters which we are meant to assume here yet are unable to actually feel.

Bottom Line – Interesting way to add to the conflict of the storyline by pitting Vampires against Werewolves.  The idea to have Isabella torn between men of both of these species works overall but gets tiresome after a while. The special effects used in this film are enjoyable because they get to show us a world inhabited by both of these species.  The book is probably more interesting because on paper they can probably make the internal conflicts of the characters much more apparent.

MovieRob’s Favorite Trivia – Actors of the wolf pack went through “wolf camp” together to get buff and bond with each other. (From IMDB)