“How many mommies does your son have?” – Simon

Brief Synopsis – After their son gets engaged to the daughter of a conservative politician, two gay men must try to hide their marriage in order to not ruin the wedding.

My Take on it – As a fan of English language films, I’ve generally tried to stay far away from films in other languages over the years.

I recently decided to start trying to get a better grasp on the many films that are considered wondrous yet are in other languages.

This blogathon came around at the perfect time because a few months back, I would have steered clear of such an event (sorry Cat), but since Things have changed, I decided to not do one but two reviews for this blogathon.

The first film I chose was one that I pretty much knew everything about it since I’ve seen the American adaptation of it with Robin Williams and Nathan Lane and found most of it extremely fun to watch.

This film must have been quite groundbreaking when it originally came out, but in the 4 decades since then, the world outlook has changed a lot and things are much more liberal and a theme like this is considered much more mainstream.

This film and it’s American remake are virtually identical besides the language issue and for that reason alone, I prefer that version because apparently it’s funnier to me sans subtitles.

I’m a bit shocked and confused that this film got nominated for an Oscar for Best Director since it doesn’t seem to have done anything unique with the production that should warrant such a nomination.

Bottom Line – Was probably quite groundbreaking and innovative when it came out, but the social issues have changed a bit over the past four decades. Perhaps due to the need for subtitles I found this version much less funny than the American remake with Robin Williams and Nathan Lane despite the stories being virtually identical besides the language issue. Still a bit confused how this film got nominated for Best Director at the Oscars because it doesn’t seem as if they manage to do anything unique here that should warrant such a nomination.

MovieRob’s Favorite Trivia – When released in 1978, it ranked as the highest-grossing foreign-language film ever in the United States. (From IMDB) 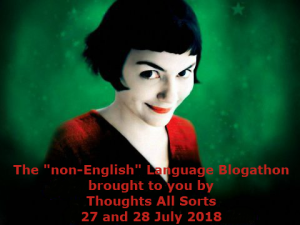