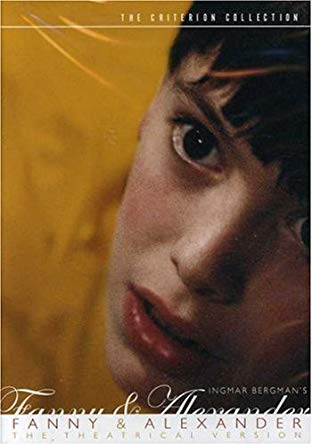 Brief Synopsis – After her husband dies, a woman remarries and brings her two young children to live with her new husband and his extended family.

My Take on it – As a fan of English language films, I’ve generally tried to stay far away from films in other languages over the years.

I recently decided to start trying to get a better grasp on the many films that are considered wondrous yet are in other languages.

This blogathon came around at the perfect time because a few months back, I would have steered clear of such an event (sorry Cat), but since things have changed, I decided to not do one but two reviews for this blogathon.

For my second review, I chose to watch one of Ingmar Bergman’s final films that has been seen as a masterpiece from the perspective of many mainstream reviewers.

I recall seeing previews for this film when I was a kid on HBO, but I never had much interest in watching a 3 hour Swedish film.

I immediate was able to see that this film looks amazing from a technical perspective, but I found the storyline to be way to slow and creeps forward the entire time.

The story gets quite boring along the way and I couldn’t care much for any of the characters because of the way things were presented to us.

Bergman was a great director, but I can’t say that I enjoyed any of his films that I’ve watched from a narrative perspective and this film is no exception to that rule.

This film was nominated for 6 Oscars and managed to win 4 of them (Cinematography, Art Direction, Costumes and Best Foreign Language Film).

It lost Best Director for Bergman along with Best Screenplay.

I can understand how this film could win Best Foreign Language film, but it just isn’t the kind of film that I could enjoy.

Bottom Line – Great production, but the story itself creeps along and gets quite boring along the way. Bergman was a superb director yet this story doesn’t manage to stay interesting long enough.  This film was nominated for 6 Oscars and managed to win 4 in mostly technical categories.  I can understand how this film could win Best Foreign language film at the Oscars, but it just isn’t the kind of film that I enjoy.