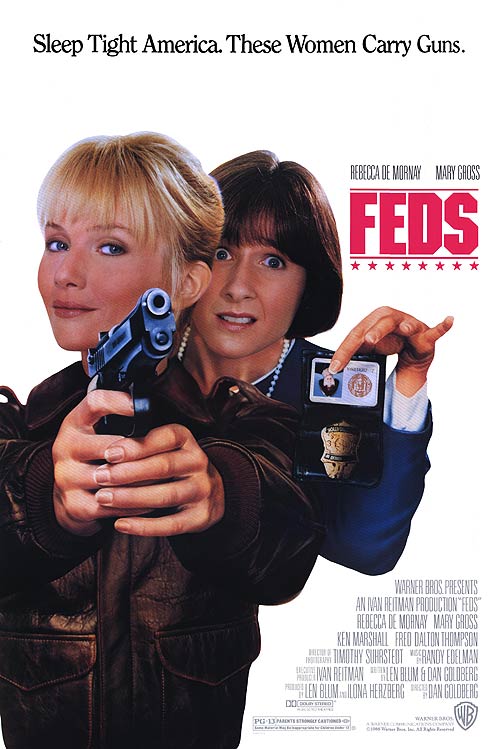 My Take on it – This is a film that I recall seeing in the theater when it came out and thinking that it was really fun.

Rewatching it now, I can see how my 154 year self could have thought that but I also notice now how unoriginal this story feels especially knowing the fact that it came out not long after they initiated the Police Academy series which covers very similar territory.

The cast is ok here and no one really stands out among the rest but they all still manage to get the job done along the way.

Rebecca DeMorney and Mary Gross are both fine here as the leads and manage to get a few laughs with things that they do here yet neither are able to take this films comic essence to a higher level where it can be appreciated more, especially given the fact that this is meant to be a comedy and therefore should be funnier.

The plot and storyline follows a tried and true formula that works yet by doing so they lose all attempts at being unique, innovative or original in what they give us here which is quite a shame because there is more potential here than they manage to give with this plot.

Bottom Line – Fun film that tries too hard to copy the format already set forth by the Police Academy series. DeMorney and Gross are both quite funny in these roles but never manage to make things hilarious in everything they do. This film follows a tried and true formula and comes across as average despite not feeling new, unique or even innovative in any way.