This is the second of 2 posts dedicated to The James Mason Blogathon being held over at Maddy Loves Her Classic Films. 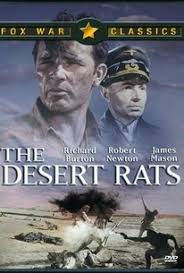 “You don’t know much about real fear, Tammy. Maybe it comes with age or the bottle. You don’t know what it is to be a coward… really a coward. To know it, yet to hope one day something will happen to prove that you’re not, yet half the time not really believing that either. ” – Tom Bartlett

Brief Synopsis – A British officer is assigned to command a unit of Australian troops as they must hold off the German advances on the city of Tobruk in 1942.

My Take on it – I was really looking forward to seeing this film after enjoying the first film where James Mason played Erwin Rommel; The Desert Fox: The Story of Rommel (1951).

Unfortunately, this film is not nearly as enjoyable and isn’t a sequel as it makes it seem like it is.

The only connection is the character of Erwin Rommel who is played by James Mason in both films.

Unfortunately, due to the backlash of portraying Rommel in too sympathetic a view in the previous film, Mason needed to portray the character in a very different way here in order to make him seem more ominous.

The added fact that in this film Mason’s portrayal of Rommel feels like a glorified cameo instead of being a lead or even a supporting character.

The overall story of this film could have been done much more interestingly and its too bad that they chose to focus more on aspects that come across as being too stereotypical and there isn’t any uniqueness felt as one would expect from a war movie like this.

Bottom Line – Mediocre war film that doesn’t work as well as many other films depicting similar situations.  Mason plays Rommel in a strange way which is completely different from how he did it two years earlier and it feels much more like a cameo instead of as a lead or even supporting character.  The overall story is interesting, but they focus too much on aspects that feel more stereotypical than unique like one would hope from such a film.

MovieRob’s Favorite Trivia – The character Bartlett (MacRoberts’ former schoolmaster) is portrayed as an alcoholic whose drinking caused him many troubles. Sadly, this was actually the case for the actor playing him, Robert Newton. He became increasingly unemployable due to his drinking, was declared a bankrupt in absentia, and would die just 3 years after this film. The cause of death was announced as a heart attack but was widely believed to be multiple alcohol-related causes. (From IMDB) 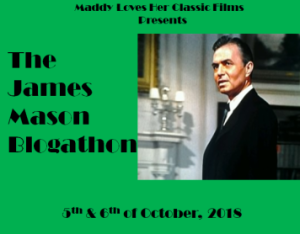