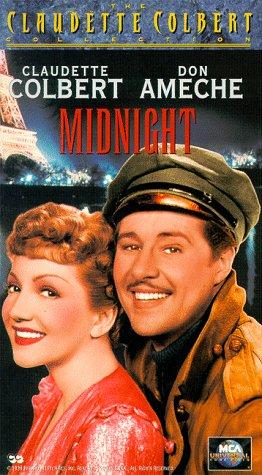 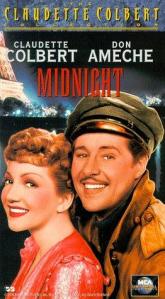 “[at the ball] Don’t forget, every Cinderella has her midnight. ” – Eve Peabody

Brief Synopsis – An aspiring American singer in Paris assumes the identity of a baroness and tries to break of the affair of the wife of a millionaire, so she will return to her husband.

My Take on it – This is a film that I knew nothing about before watching it and even forgot that this was a screwball comedy since I thought I was about to watch something completely different.

They do such a wonderful job with this film that it manages to stay fun the entire time.

This film works so well due to numerous reasons but the superb chemistry between co-stars Don Ameche and Claudette Colbert is the kicker that makes it so enjoyable.

The way that the two of them are able to handle the comedic back and forth between their characters is classic and it’s quite enjoyable to listen to.

John Barrymore and Mary Astor are also both great in important supporting roles.

Just like with most films in this genre, they are able to do a wonderful job of keeping he comedy of errors afloat the whole time which adds s much to the enjoyment of such a film.

This film was written by Charles Brackett and Billy Wilder and shows that even at this early stage of the partnership and careers on a whole, they still knew how to write a very interesting script that still feels somewhat unique even among the other films of the genre.

Bottom Line – Very fun screwball comedy that works so well largely due to the amazing cast. Ameche and Colbert have superb chemistry together and the back and forth between them is so enjoyable to listen to. The rest of the cast is also great with Barrymore and Astor playing fun supporting roles. Like with most of the better films of this genre, they do a wonderful job keeping the comedy of errors going up until the very end which makes it a lot of fun. This was one of Brackett and Wilder’s first Hollywood scripts and it shows how they can tell a story in an interesting way while also making it seem somewhat unique. Recommended!

MovieRob’s Favorite Trivia – When Billy Wilder and Charles Brackett turned in their script, the studio liked it, but felt it needed some work. The writers they hired to rewrite the script were: Billy Wilder and Charles Brackett. The studio sent them their own script to rewrite without knowing it. Wilder and Brackett simply retyped their original script and the studio loved the “rewrites” so much, they produced it with no further “changes”. (From IMDB)