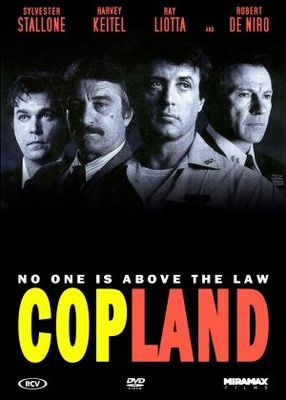 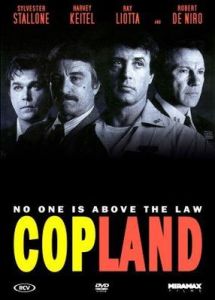 “You know the difference between men and boys? Boys bet everything on everything! Boys think every hand is a royal flush! You play cards with a man, he knows his limits.” – Ray

Brief Synopsis – The sheriff of a small town populated by cops begins to suspect that things aren’t as above the law as they should be.

My Take on it – This is a film that I recall seeing by accident when it came out in the theaters over twenty years ago.

It is headlines by so many great actors that most people wouldn’t hesitant for even a second before watching a film with this cast.

Besides such a stellar cast, this film manages to give us an enjoyably thrilling story that is also quite unique.

Stallone stands out among this great cast as an anti-hero and his performance here proves how great (and underrated) an actor he truly is.

The story itself is able to work on numerous levels and they fill it with some great twists and turns along the way that are able to keep things intriguing throughout.

The film does a nice job dealing with the issues of police corruption and they give the viewer a pretty unique look at those ideas.

This film is filled with some great themes and it’s unfortunate that this film wasn’t a bit longer so that it could explore some of those themes on an even deeper level.

The story stays thrilling and entertaining the whole time.

Bottom Line – Excellent film populated by a superb cast that also manages to create such an enjoyable and thrilling story. Stallone stands out in this film as the anti-hero and he shows in this film how great (and underrated) an actor he truly can be. The story works on numerous levels and is filled with lots of twists and turns along the way that keep things so intriguing the entire time.  The way that the story deals with police corruption is done really well and gives the viewer a pretty unique look at those kind of themes.  Some of the themes explored here are great and it’s too bad that the film wasn’t longer because then it might have been able to dig deeper into some of those themes along the way. Highly Recommended!

MovieRob’s Favorite Trivia – Sylvester Stallone gained forty pounds to add realism to his portrayal of the Sheriff. He also was only paid SAG minimum wages. By the time that re-shoots were required, he had lost the weight. (From IMDB)