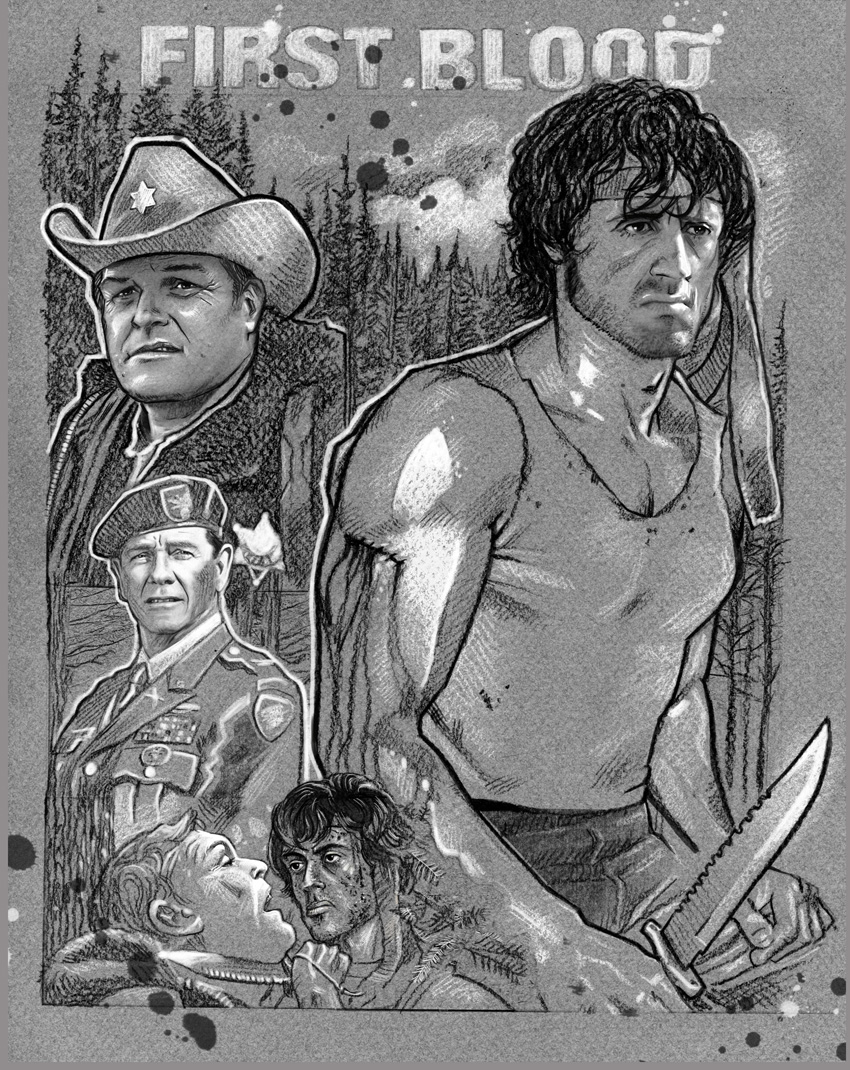 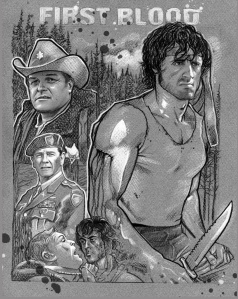 Brief Synopsis – A drifter gets into trouble with the local police after they try to run him out of town.

My Take on it – This is a film that I enjoy more and more every time that I see it.

It deals with a relevant issue that unfortunately still remains so close to things going on in the world.

The idea that veterans have trouble re-acclimating to society and how society has trouble accepting them at the same time due to a lack of understanding between the two sides is presented really well here and remains a timeless problem that was dealt with over and over after each of the past wars that have been fought by Americans.

This is the film that introduced us to the character of John Rambo and it remains the best film of the 4 films already made largely due to the fact that this isn’t a pure action movie; it’s more of a drama that shows the dilemmas of men and what they try to do to get out of these situations.

The message of this film is clear; that society needs to see returning veterans for who they are and not for what they were sent to do.

This film was made at the right time and was able to aptly show the effects that service in a war may have on men sent to do their duty for their country and must remain a loner because he no longer can find a way to connect to others in society which makes it more difficult to reintegrate into society.

Sylvester Stallone was the perfect choice for this role (in this film) and manages to embody this character extremely well.

Brian Dennehy is also great as the town sheriff who makes the situation worse as he tries to diffuse events that he started.

Bottom Line – Does a great job showing how society deals with returning veterans mostly out of fear than of understanding; this is unfortunately still a relevant issue that has remained timeless. John Rambo is a great character and this story is the best of the 4 films (so far) about the character largely because this isn’t really an action movie and has such a deep message about how veterans should be seen and not from preconceived notions.  This film was made at the right time in order to aptly show the effects of the war on a man who did his duty for his country and remains a loner afterwards because he can’t find a way to reintegrate himself into normal society properly.  Stallone is perfectly cast in the lead and Dennehy is also great as the Sheriff who must deal with this new threat that he caused.  Recommended!

MovieRob’s Favorite Trivia – The large piece of rotten canvas that Rambo finds in the woods and cuts into a makeshift coat, was in fact not a movie prop, but a real piece of rotten canvas found by the film crew during the movie’s production. Since there was only one piece, Sylvester Stallone joked about how the canvas became a treasured prop on the set. After filming ended, Stallone kept the rotten canvas and still has it in his possession to this very day. (From IMDB)