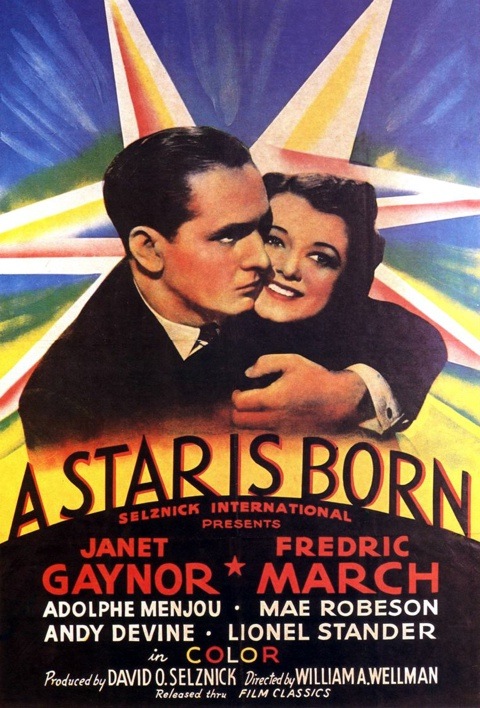 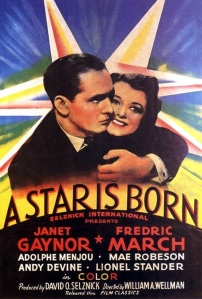 “His work is beginning to interfere with his drinking.” – Casey Burke

Brief Synopsis – After being mesmerized by Hollywood, a small town girl travels there in order to try and become a star herself.

My Take on it – This is a film that a saw for the very first time a few months ago and was mesmerized by it.

Having now watched the latest version of this story (and subsequently all 4 versions within a 24 hour period), it helps give me another view on the story and the effect it has on the themes it presents and the face of fame.

The story itself is quite timeless (as the 3 remakes made so far prove) and even if one tweaks things a bit, it’s still possible to stay true to the original premise.

The story flows really well and it is quite fascinating to see how the characters evolve as one is on the way up while the other is on the way down.

The fact that this was made 8 decades ago and not much has changed in the way that fame works helps keep things very relevant, understandable and relatable to just about anyone.

Both Fredric March and Janet Gaynor are superb in the lead roles and they manage to help us understand the price of fame.

This film was very deserving of it’s nomination for Best Picture that year even if it wasn’t the very best film that came out that year.

It did mange to win the award for Best Story as its sole win among its 7 nominations.

Bottom Line – Very interesting premise that is so timeless (as the many remakes help prove). The story flows so well and it’s fascinating to see how the story evolves even when looking at things from the perspective of 8 decades ago. March and Gaynor are both superb here and the way that fame has it’s ups and downs are presented quite well here. Very deserving of it’s nomination for Best Picture, even if it wasn’t the best film that year. Highly Recommended!

MovieRob’s Favorite Trivia –  It has been speculated (though never confirmed) since the time of the movie’s release that the story was inspired by the real-life marriage of Barbara Stanwyck and her first husband, Frank Fay. (From IMDB)