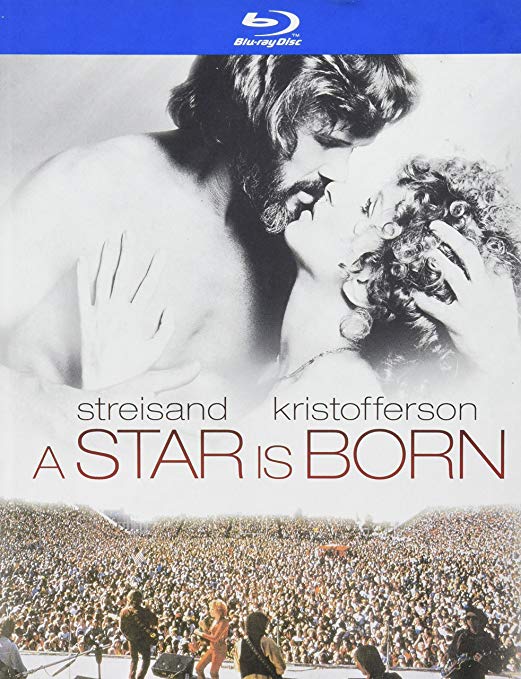 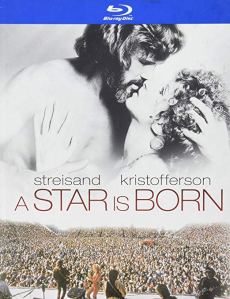 “You can trash your life but you’re not going to trash mine.” – Esther Hoffman

Brief Synopsis – A young singer is mentored by a rock star who’s reliance on drugs and alcohol could destroy him.

My Take on it – Having now watched the latest version of this story (and subsequently all 4 versions within a 24 hour period), it helps give me another view on the story and the effect it has on the themes it presents and the face of fame.

This is one of the two versions of this story that I had never seen beforehand and was quite interested to see how they made the shift form movie sto music for this storyline.

Both Barbara Streisand and Kris Kristofferson are fine in these roles and their background in the music industry as singers helps with their performances, but unfortunately they have no chemistry together and the relationship between them seem somewhat unrealistic.

Their pairing is most definitely the weakest of the 4 pairs of actors/actresses who have played these parts over the 4 versions of the story.

I really liked the way that they are able to slightly tweak the storyline to a point where sometimes you wonder where they are going because it seems as if it deviates from the overall storyline, but slowly finds its way back in an interesting fashion.

The music is quite enjoyable to listen to here especially since both of leads happen to be great singers and truly know what they are doing.

The theme song Evergreen won Best Original Song at the Oscars that year.

Bottom Line – Interesting version of this storyline which manages to shift the story focus from Films to the music industry.  Kristofferson and Streisand are both fine here, but they lack the real chemistry needed to make things work superbly. This pair is the weakest of the 4 portrayals of these characters. The way that they slightly tweak some of the other aspects of this story are done quite well because on the one hand things are quite similar, but on the other hand, it’s easy to see why some of the changes were enacted for this version.  The music is quite enjoyable to listen to especially since both of the leads have a strong background in the music field. Recommended!

MovieRob’s Favorite Trivia – Barbra Streisand insisted that she wanted Elvis Presley for the part of John Norman Howard. She even went to Las Vegas to see Elvis after one of his performances in 1975, and talked to him directly to convince him to play the part. Elvis wanted to do it, but Colonel Tom Parker, his manager, was angry that Streisand did not come to him first. He told the producers that if they wanted Elvis, Elvis’s name had to be at the top of the movie poster, above Streisand’s name. Moreover, it was said that he asked them for a very large sum of money. Elvis hadn’t been in a movie since 1969, and nobody knew what he could do at the box-office, because of all that, Elvis Presley didn’t make the movie, although he had been Streisand’s first choice since the beginning of the project.  (From IMDB)