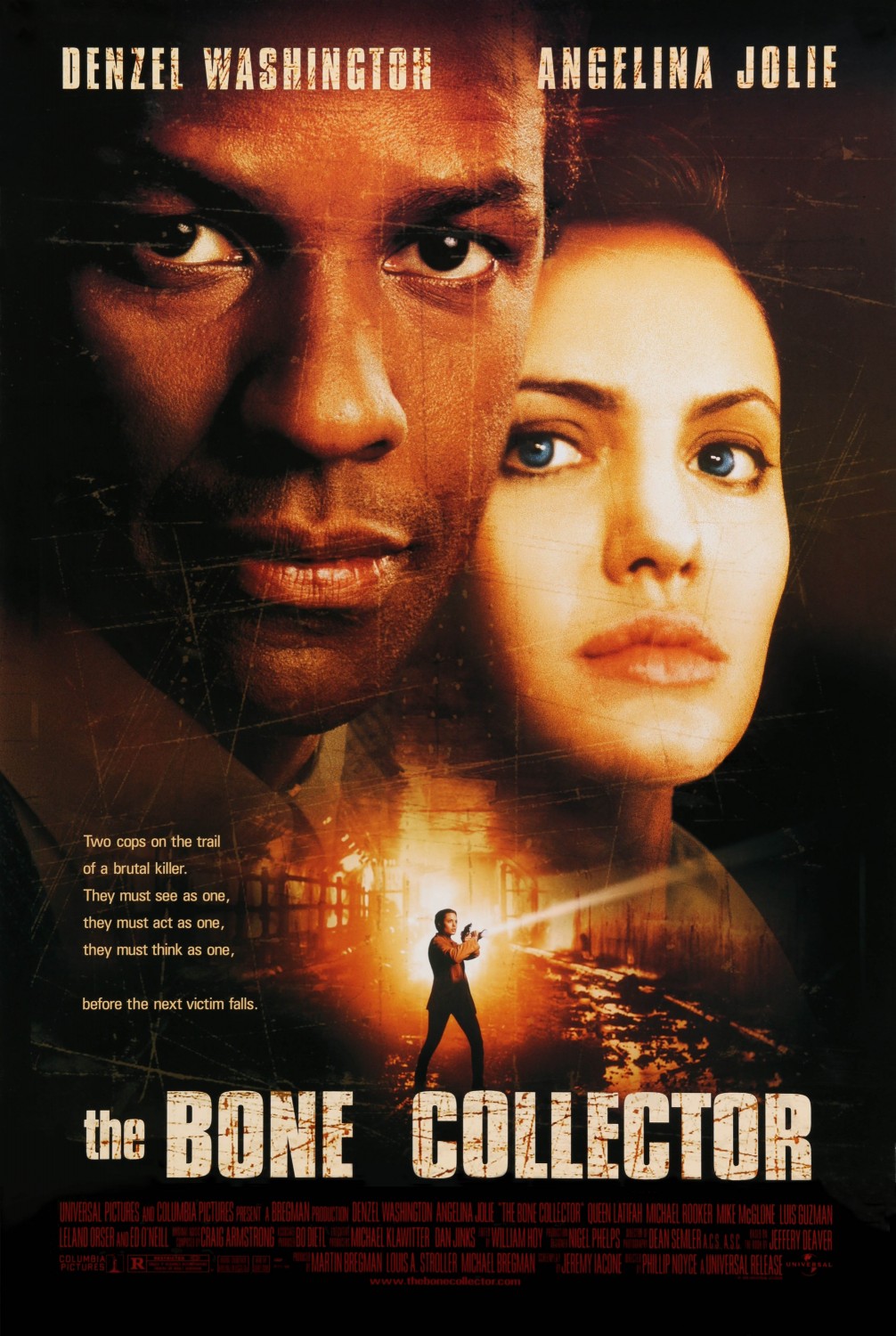 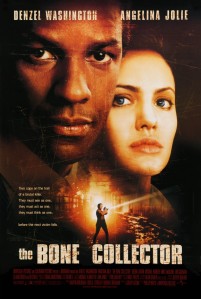 “There are five basic contaminants in a crime scene. I’ll skip to the worse one. Other cops.” – Rhyme

My Take on it – This is a film that I’ve had a slight interest in rewatching for years but never really got around to it before now.

It has a great premise and is probably more interesting to be watched now than it was when it came out since there has been a large uptake in the way viewers understand forensic science due to the plethora of TV shows and movies that base everything on these kind of facts.

Denzel Washington is quite good in this film even though his character isn’t allowed to move at all throughout the entire film due to him being paralyzed which adds a new dimension to this kind of storyline.

Angelina Jolie is slightly miscast here as a young cop that helps him try and catch this new deviant murderer.

They manage to set the story up quite well and due to some great twists and turns along the way, they manage to keep things pretty thrilling throughout.

Bottom Line – Film that can probably be appreciated much more now that most casual TV ad movie viewers are more attuned to the ideas of forensic science. Washington is quite good despite the fact that his character is unable to move throughout the film. Jolie is an interesting casting choice as a young cop helping out on the case and she feels a bit out of place here.  The story is set up quite well and they manage to keep things pretty thrilling throughout with the help of some great twists and turns that work on numerous levels.  Recommended!

MovieRob’s Favorite Trivia – At the end, at Lincoln’s Christmas party, you see Paulie’s (Ed O’Neill’s) family. It consists of a redheaded wife, a blonde daughter, and a dark haired son. This family mirrors Al Bundy’s family in the television show Married with Children (1987), for which Ed O’Neill is best known. (From IMDB)