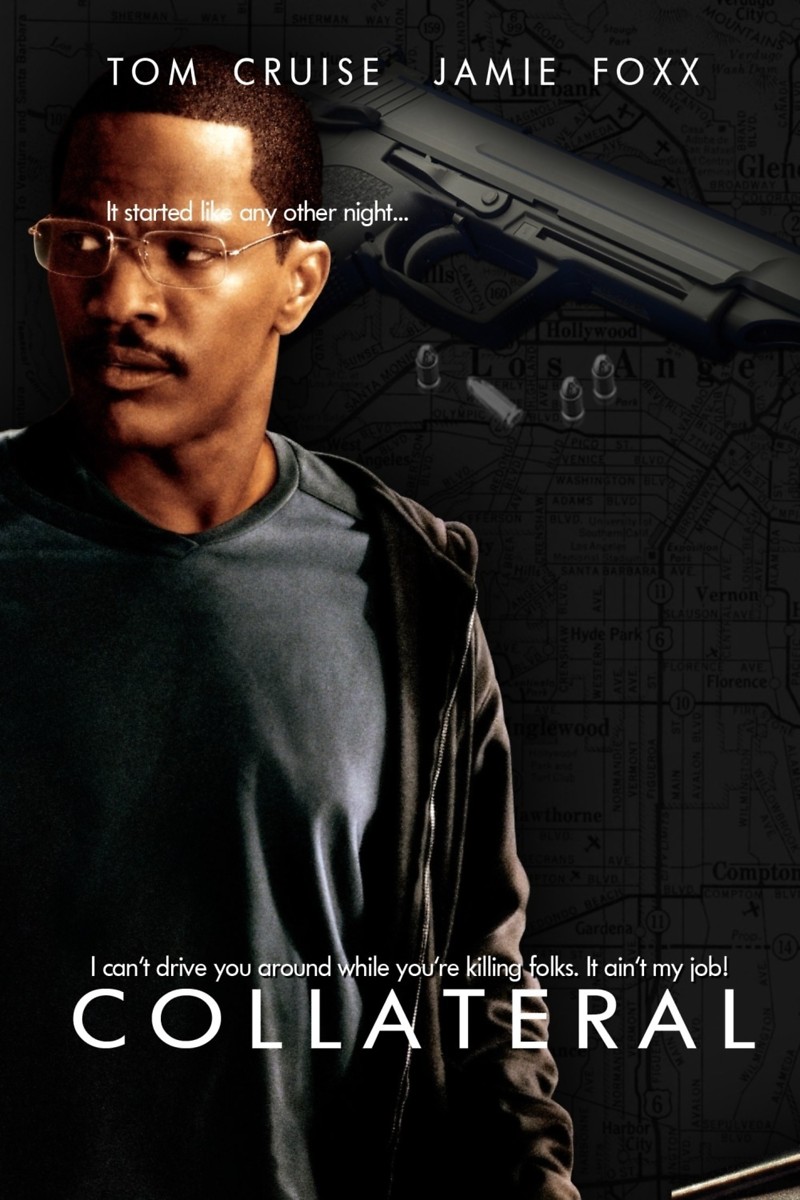 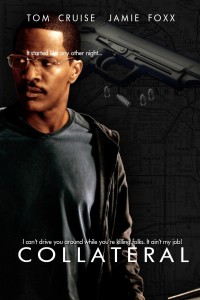 “Get with it. Millions of galaxies of hundreds of millions of stars, in a speck on one in a blink. That’s us, lost in space. The cop, you, me… Who notices? ” – Vincent

Brief Synopsis – An L.A. taxi driver picks up a fare that turns out to be a hit-man who forces him to drive to each location of his targets.

My Take on it – This is a very interesting and unique premise that works largely due to great performance by Jamie Foxx who plays his character so realistically.

They do a wonderful job making the story more and more gripping as it moves along and we get to understand everything that is really transpiring.

I’ve always been a bit confused why Foxx was promoted as a supporting role here even if he was eventually able to get an Oscar nomination in that category for this role.

He is clearly the lead here and Tom Cruise (who obviously is a bigger star) gets full credit as being the lead even if the truth is actually the other way around.

This film manages to keep things thrilling from start to finish and that has a lot to do with the fact that they slowly feed the viewer more and more information as things move along and we get a full idea as to what is at stake here.

Bottom Line – Interesting idea that works largely due to the performance of Foxx who plays his characters very realistically. Love the way that the story gets more gripping as things move along as we slowly begin to grasp everything that is happening.  Not really sure why Foxx was nominated for a supporting actor award at the Oscars because his role is clearly the lead one here even if Cruise has a bigger name.  The film manages to keep things thrilling throughout due to the way that they slowly feed us more and more information as to what is truly transpiring. Recommended!