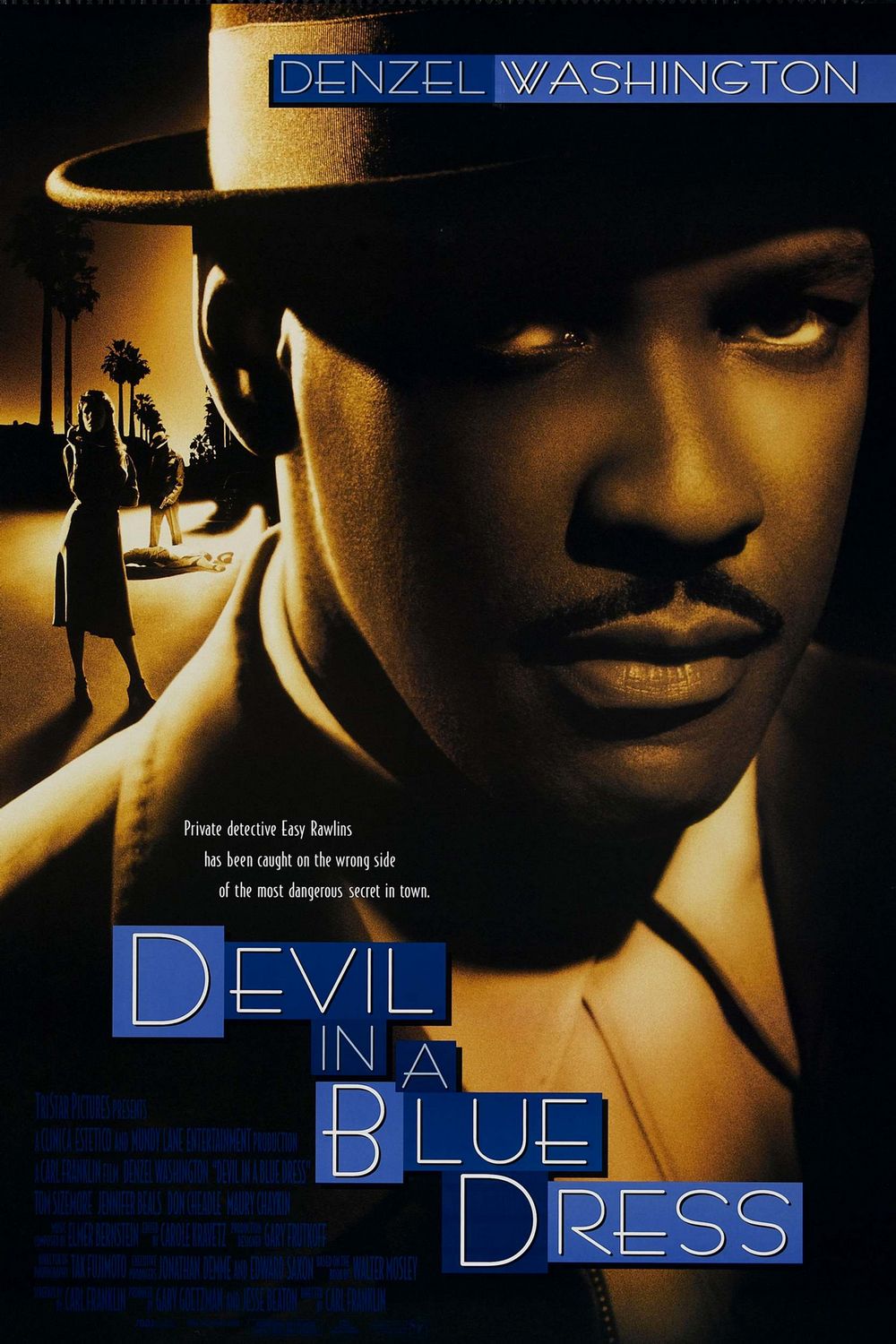 “A man once told me that you step out of your door in the morning, and you are already in trouble. The only question is are you on top of that trouble or not?” – Easy Rawlins

Brief Synopsis – An out of work former soldier is hired to find a missing woman and ends up getting deeply involved in a political scandal.

My Take on it – This is a film that I had heard about years ago, but never had any real desire to watch.

Earlier this week, I participated in a Podcast discussion of Denzel Washington roles for THE LAMB and I was convinced by Aaron Neuwirth of The Code is Zeek to check this film out since he believes that it is one of Denzel’s best roles.

I took him up on his challenge and was really impressed with both the role and the film as a whole. (Tnx Aaron)

The overall premise of this film is quite interesting and it works really well throughout.

Washington is great in the lead and it’s really a shame that they never made more films with this character because there is so much that can be explored in the world that he exists in.

This film is based on a book in the series by Walter Mosley about Easy Rawlins who is a private investigator in LA not long after the end of World War II.  Being that he is Black helps take things into interesting territory that is usually not explored.

I haven’t read any of the books in the series so I can’t attest to the fact that they all are good, but this story is quite captivating throughout and the numerous twists and turns along the way keep things thrilling from start to finish.

They are able to take a seemingly simple story and elevate it to a very enjoyable level which was something that I definitely wasn’t expecting.

So glad that Aaron convinced me to finally check this film out!

Bottom Line – Really interesting idea that works really well. Washington is great in the lead and it really is too bad that they never made more films with this character because there is so much more to explore in the world he exists in.  Having never read the novels, I can’t attest to the fact that they are all as interesting as this one, but they manage to trow so many great twists and turns at us along the way that they end up taking a seemingly simple story and elevate it to a very enjoyable level. Glad that I finally was encouraged to watch this film. Recommended!

MovieRob’s Favorite Trivia – Based on the book of the same name by Walter Mosley. Mosley wrote several Easy Rawlins books. All but two – “Gone Fishin'” and “Six Easy Pieces” – include a color in the title of the book. (From IMDB)