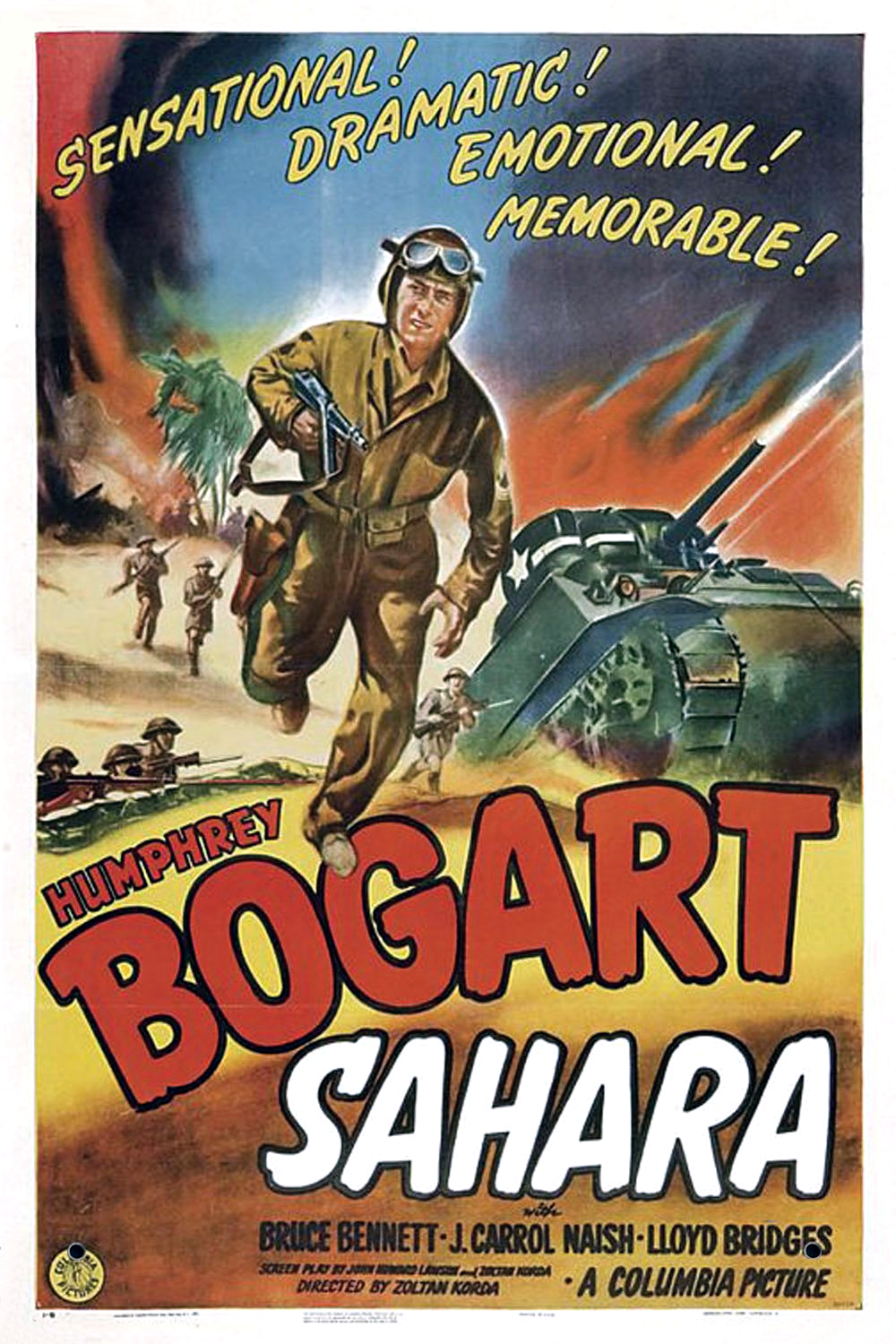 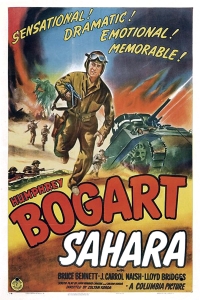 “[Referring to a captured German POW] He doesn’t want to be touched by an inferior race.” – Capt. Jason Halliday

“Oh, tell him not to worry about him being black. It won’t come off on on his pretty uniform.” – Sgt. Joe Gunn

Brief Synopsis – A US tank unit in the African Desert during World War II tries to get back to friendly lines as they pick up allied survivors along the way.

My Take on it – This is a film that I knew absolutely nothing about before seeing it and only came across it due to the fact that J. Carol Naish was nominated for an Oscar for Best Supporting Actor for his performance here.

They do an excellent job showing how Hellish war can get and how soldiers must not only deal with the enemy but also must deal with the elements inducing finding a war to deal with thirst while fighting in the desert.

The story tells a tale of an unusual situation and it does so in a very poignant fashion in order for us to see how difficult war situations can actual get when faced with the unknown.

The cast is superb with Humphrey Bogart shining as the lead which once again proves how great a screen presence he had.

Really loved the way that the story moves along and gives the viewer so much to ponder long after the final frame.

They manage to show how numerous soldiers of varying nationalities must work together for a common goal despite the different kind of rivalries and suspicions they might have had for one another while fighting in Africa.

Bottom Line – Excellent film that shows an unusual situation during a war that comes across quite poignantly as to how Hellish war can be. Excellent cast that headlines Bogart showing once again why he was such a star at the time. Love the way that the story moves along and it gives the viewer so much to think about long after the credits roll.  The film does a great job showing the various nationalities that were fighting in Africa at the time and how they needed to find a way to work together despite their obvious rivalries and suspicions.  Naish was nominated for an Oscar for Best Supporting Actor for his role as the Italian.  Highly Recommended!

MovieRob’s Favorite Trivia – Humphrey Bogart had recently signed a new contract with Warner Brothers and one of the perks of his new deal was that he was allowed to act in one film per year outside of his home studio. Bogart quite liked Harry Cohn, head of Columbia Pictures, and decided that he would enjoy working on a Columbia produced film. Bogart’s friendly relationship with Cohn was noteworthy, as many members of the film industry found Cohn to be notoriously unpleasant and abrasive. Bogart’s decision to work for Columbia, even in a one film per year deal, was massive for the studio, which lacked the star power of its rivals. This film marked the first of several film collaborations between Bogart and Columbia Pictures, at the rate of one per year. While he was on loan to Columbia, Bogart was the studio’s biggest star. (From IMDB)