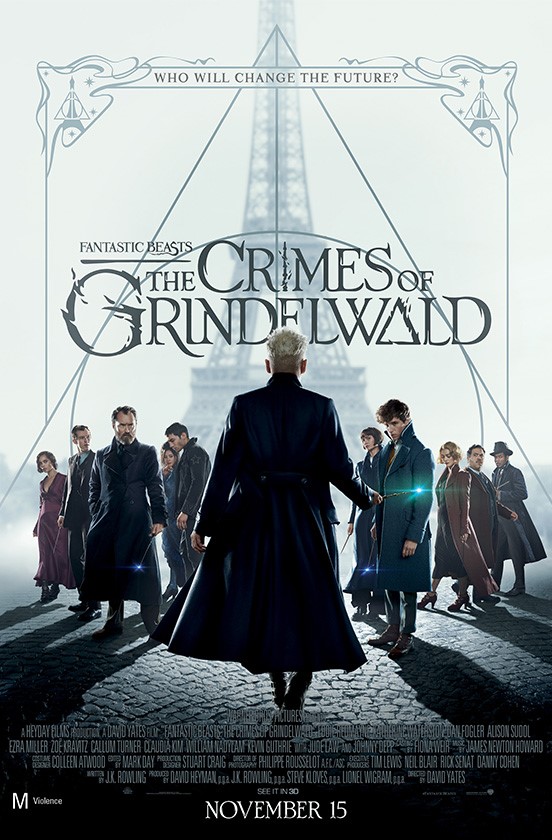 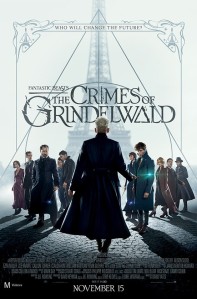 Brief Synopsis – New addition to the Harry Potter story world that continues the adventures of Newt Scamander as he is trying to be recruited by both sides in an upcoming war between good and evil.

My Take on it – This is a film that I’ve been interested in seeing for some time just to be able to once again revisit the magical wizard world of the Harry Potter series.

This film is a fun addition to that world and it works well as a bridge film in the series between the older Harry Potter adventures and the newer Newt Scamander ones.

Much of what happens in this film is done here in order to help set up events for future installments and it’s true impact on the series as a whole will only be known once the rest of the story is presented to us.

The cast of this film is great and Eddie Redmond is perfect in the lead role because he gets the character’s insecurities so right.

The special effects are amazing here and it helps open up the magical world of Harry Potter so widely for us to see things in such a great perspective.

Bottom Line – Fun addition to the Harry Potter film world that works as a bridge film in the series.  A lot of what happens here is done in order to set up things for future installments of the series and the true impact of such a film will only be known once we get to see how those films play out.  The magical world presented walks in step with the one that we are already familiar with for the past two decades and that is exciting to revisit this world and see the way that this overall story will play out.  Cast is great and Redmond is perfect in the lead role and manages to hold the story up so well.  The special effects are great to watch because it opens up so much about this magical world.  Recommended!

MovieRob’s Favorite Trivia – Newt Scamander carries a wand, practices magic, and works for the Ministry of Magic even though he was expelled from Hogwarts, which puzzled several fans online especially since Hagrid wasn’t afforded those liberties. J.K. Rowling explained that the reason for this will be revealed throughout the series. (From IMDB)

One thought on “Fantastic Beasts: The Crimes of Grindelwald (2018)”