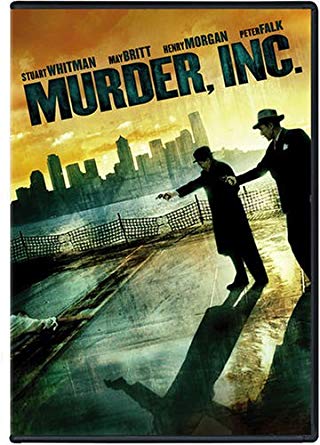 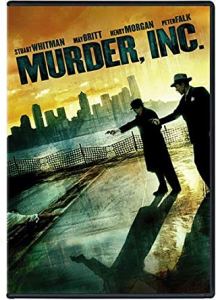 “[shouting angrily] Take, you see, what you can get your hands on, you take! Don’t ask questions! Take! What you want, take! What I want, I take! Nothing means nothing unless I got it! What do you got hands for! Huh? TAKE! ” – Abe Reles

Brief Synopsis –  Story about the rise and fall of the crime syndicate known as Murder Inc.

My Take on it – This is another film that I had never heard of before seeing that it had an actor Oscar nominated for a performance here.

They do a great job depicting the way that the various gangster groups around the country chose to band together while allowing each group to deal with their own specialty.

The story itself is told quite well and we are able to completely understand how and why this idea was originally formed and see the reasons why it should work so well to make the mob even more powerful over the course of the years against their various enemies.

The characters have some great dilemmas that are explored really well and some of them feel quite poignant in the way that they need to deal with everything going on.

This also helps understand why things eventually feel apart for this crime syndicate.

The cast is great and they all do nice jobs here but the standout is obviously Peter Falk who is superb as a gangster charged with running the murder operation.

He was deserving nominated for an Oscar for Best Supporting Actor for this performance which is quite different from the roles he would take on later in life and become even more famous for portraying.

Bottom Line -Great depiction of the way that the various gangsters decided to work together in order to have each group specialize in a different field.  The story is told quite well and we get a clear picture as to why this idea was originally formed and how it was enacted as a way to make the mob even more powerful against their enemies. The dilemmas of the characters involved in parts of the schemes feel quite poignant and its easy to understand how and why things eventually fell apart. Falk is great in this film and was quite deserving of an Oscar nomination for his performance in this film. Recommended!

MovieRob’s Favorite Trivia – Actor, later producer/executive, Robert Evans turned down the part of Reles, because it was “not the lead role” and Peter Falk was cast instead, becoming Falk’s first Oscar nominated performance. (From IMDB)