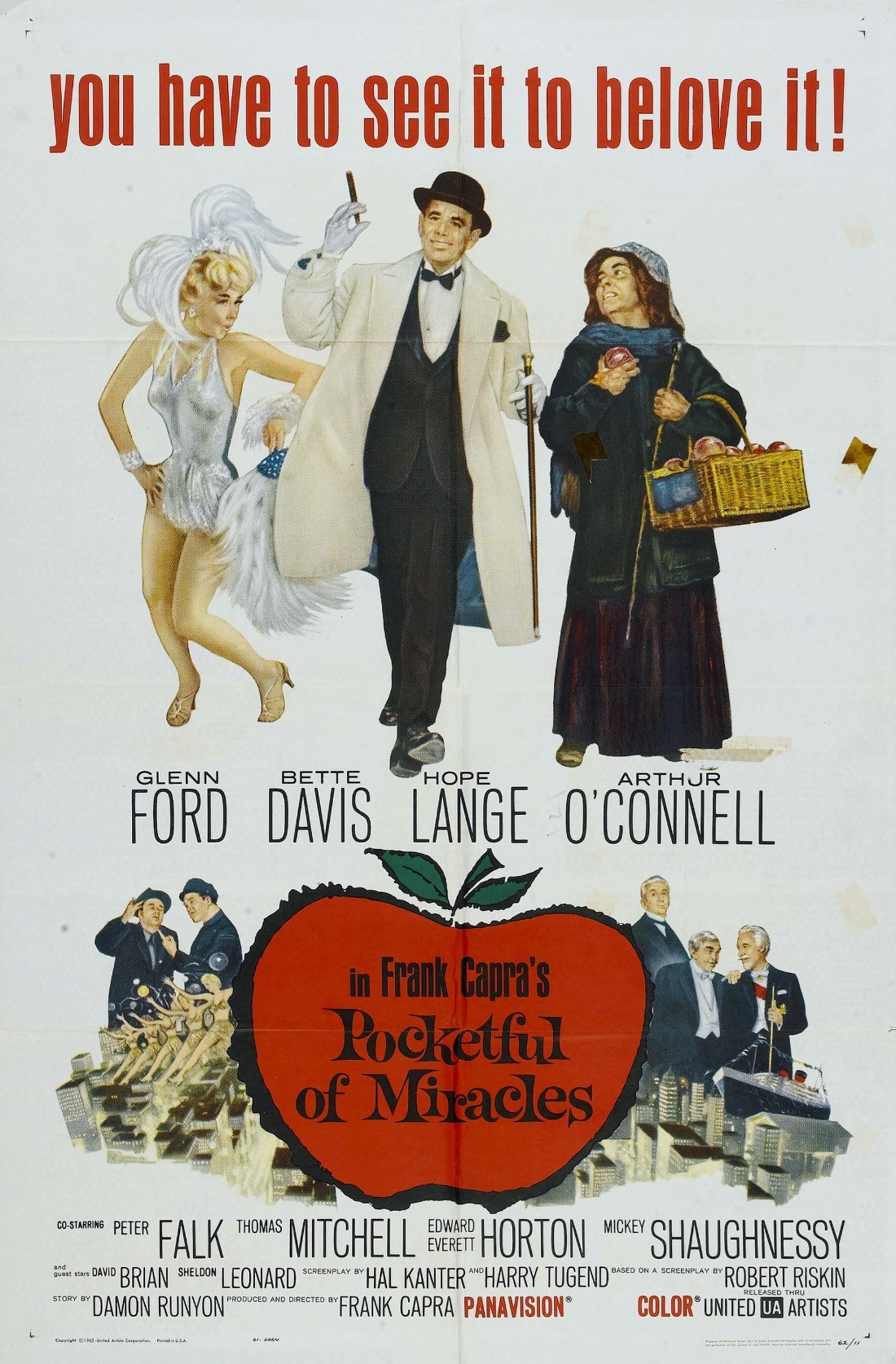 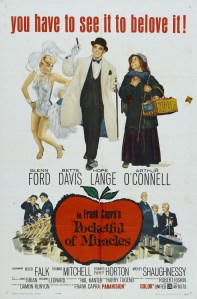 “I ain’t gonna marry her! An’ y’know why? ‘Cause my wife don’t like it when I go around marryin’ people! She’s funny that way!” – Joy Boy

Brief Synopsis – A gangster and his dancer girlfriend try to turn a homeless woman into a high society lady after finding out that her daughter is engaged to marry a wealthy foreigner.

My Take on it – This film has an interesting premise but Director frank Capra made a much better version of his own film three decades earlier which baffles the mind as to why he wanted to remake it like this.

The cast is actually quite spectacular with Glenn Ford, Bette Davis, Hope Lange, Arthur O’Connell, Thomas Mitchell and Peter Falk appearing but they mostly feel completely wasted here since none of them are able to add anything new and exciting to this version of the story that wasn’t already done in the original.

In my mind, it’s quite clear that they probably shouldn’t have remade this film at all.

This was Capra’s final film and after creating so many interesting films over his career, it’s a bit sad that this was his swansong since it isn’t very memorable at all.

Peter Falk received his second consecutive Oscar nomination for his role here, but he did a much better job the previous year with his performance in Murder Inc. (1960).

Bottom Line – Interesting idea that worked much better when it was made 30 years earlier by Capra himself. The cast is spectacular yet none of them really manage to add anything to the previous version and in some ways it’s clear that this should probably never have been remade. Interestingly, this was Capra’s final film as director and probably won’t be considered as his true swansong since it isn’t very memorable at all. Falk was nominated for an Oscar for Best Supporting Actor for his performance her, but he was much better the previous year in Murder Inc. (1960).

MovieRob’s Favorite Trivia – According to the Bette Davis biography, “Fasten Your Seatbelts”, the actress was furious when she read a Glenn Ford interview in which the actor claimed to have gotten her the part because of the boost she had given him years before in A Stolen Life (1946). Davis is quoted as saying, “Who is that son of a bitch that he should say he helped me have a comeback! That sh*theel wouldn’t have helped me out of a sewer!” (From IMDB)