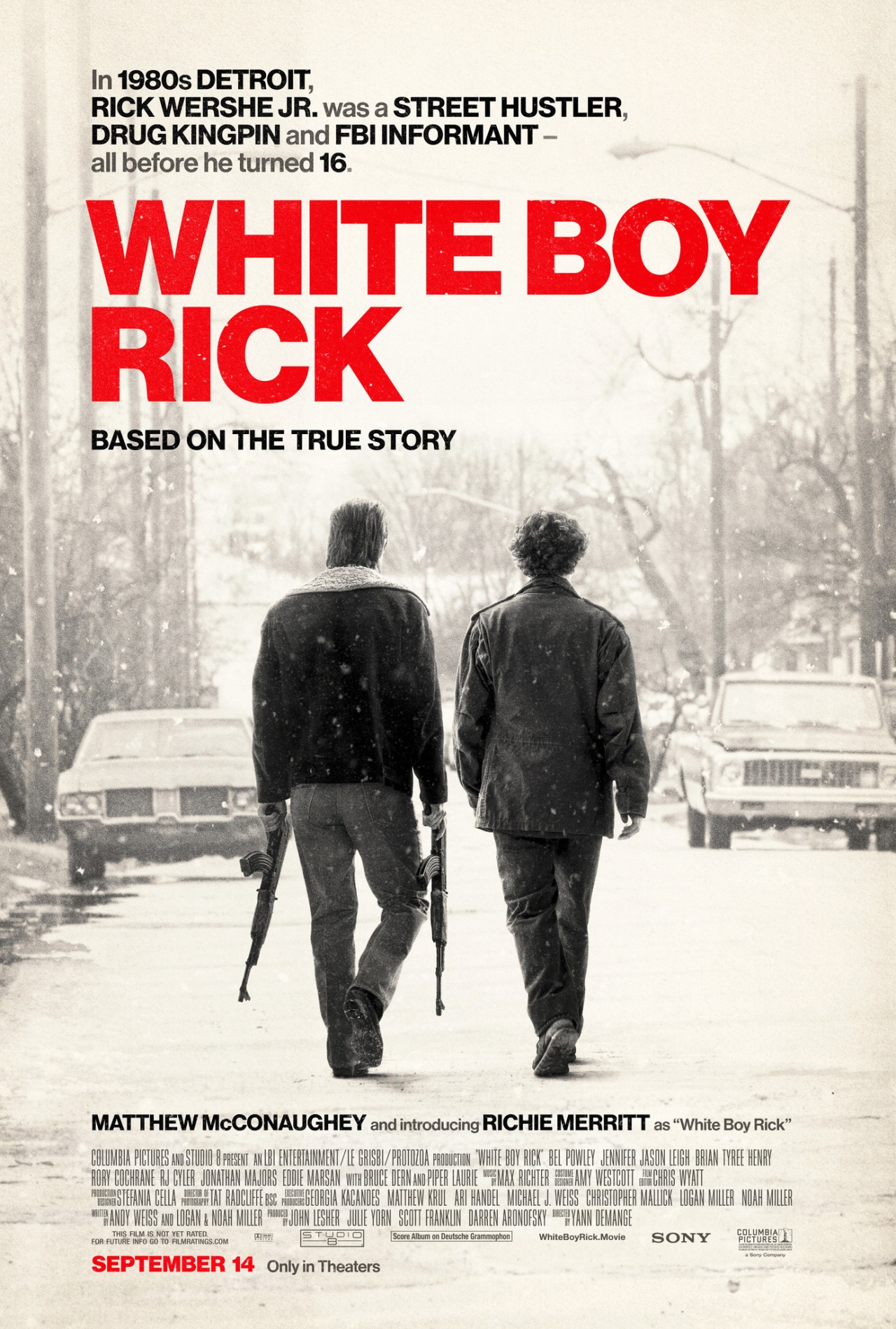 “When I first saw you I knew you were going to be bigger than me. ” Richard Wershe Sr.

My Take on it – This is a film that has a very intriguing premise but it unfortunately doesn’t manage to find a way to stay interesting and keep the viewer’s attention as things move along.

Having grown up in the suburbs of Detroit in the 80’s, I was thrilled to see that this film’s story takes place not too far from where I lived and numerous parts of the story reminded me of those days of childhood in the suburbs.

Many of the scenes, conversations and transitions feel too choppy and it seems as if things are clearly missing that would make this story more coherent.

Unfortunately, this choppiness tales away from this film’s story feeling more poignant or profound in its message.

Matthew MacConaughey is almost unrecognizable as the father of the main characters and there is no question about the fact that he just sinks into that role and becomes him.

The story unfolds in a strange manner and that helps make this story even less believable especially given that it’s based on a true story of events that transpired over thirty years ago not far from where I grew up myself.

Bottom Line – Interesting premise that just doesn’t work well enough.  Many of the scenes and their transitions are quit choppy which takes away from making this a more profound or poignant film. MacConaughey is almost unrecognizable as the main character’s father and he truly sinks into the role. The way that the story unfolds is quite unbelievable and it’s so difficult to actually believe that this is how the real events transpired thirty+ years ago.

MovieRob’s Favorite Trivia – Though he’s never seen in the film, a Detroit Police officer, named Gil Hill, is mentioned a couple of times during the course of the events leading up to the trial. This was the same Gil Hill who would become famous as Inspector Todd, Axel Foley’s boss in the Beverly Hills Cop movies. Following his retirement from the Detroit Police Department, he went into politics as a Detroit City Councilman, and later, President of the Detroit City Council. During his time as a police officer, he was involved in the “White Boy Rick” case. (From IMDB)