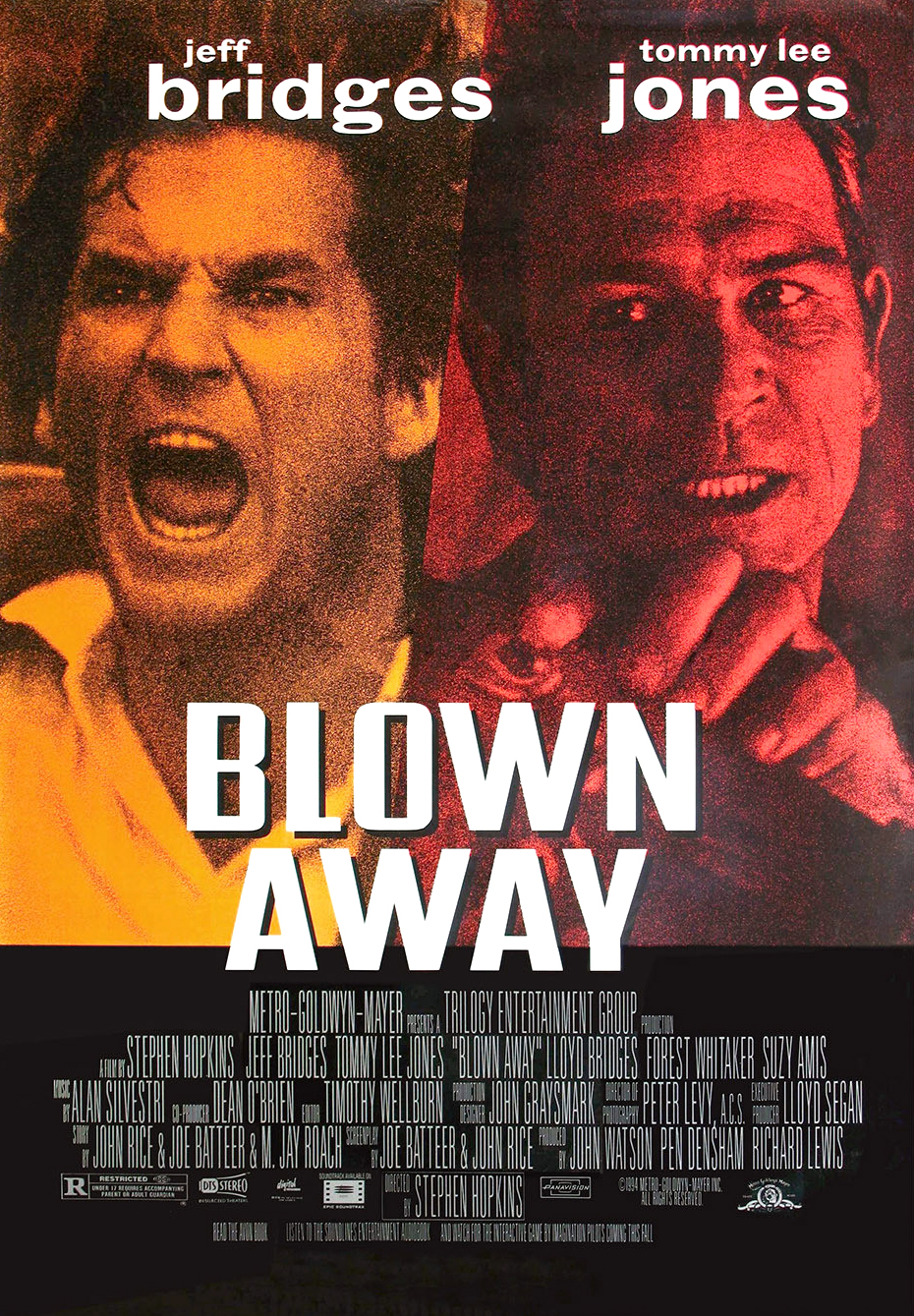 “I’ve come here to create a new country for you called chaos, and a new government called anarchy.” – Ryan

Brief Synopsis – After an IRA terrorist escapes from prison, he travels to Boston and begins to terrorize the Boston PD Bomb Squad unit.

My Take on it – This is a film that I saw once on cable years ago, and it didn’t make much of an impression on me though I did recall a few key scenes.

The premise of this film starts off in an interesting fashion, but once they start explaining things, they get a bit too silly and are hard to take seriously.

The casting of Jeff Bridges and Tommy Lee Jones as the two leads was a nice idea because they work quite well as adversaries who need to use their brain power and ingenuity to try and outsmart one another and there is no need for muscle bound action characters.

The special effects are quite intriguing to watch and most of the bomb scenarios are quite clever and work well.

Overall, tho, this film feels as if it is missing a critical backbone to the story which in a world pre-9/11 was much needed in order to make these kind of films much more intriguing and thrilling to watch.

Bottom Line – This films story starts off quite well but once its gets in deeper, things become a bit too silly. Bridges and Jones are great as adversaries and I liked how they needed to use ingenuity to try and outwit one another instead of just muscle. The special effects are done well and some of the film’s bomb scenarios are quite clever, but overall this film feels lacking a backbone especially given the fact that it’s takes place in a pre-9/11 world.

MovieRob’s Favorite Trivia – Jeff Bridges turned down the lead role in Speed (1994) to do this film. That was also a mad bomber movie released in the same year as this film. (From IMDB)