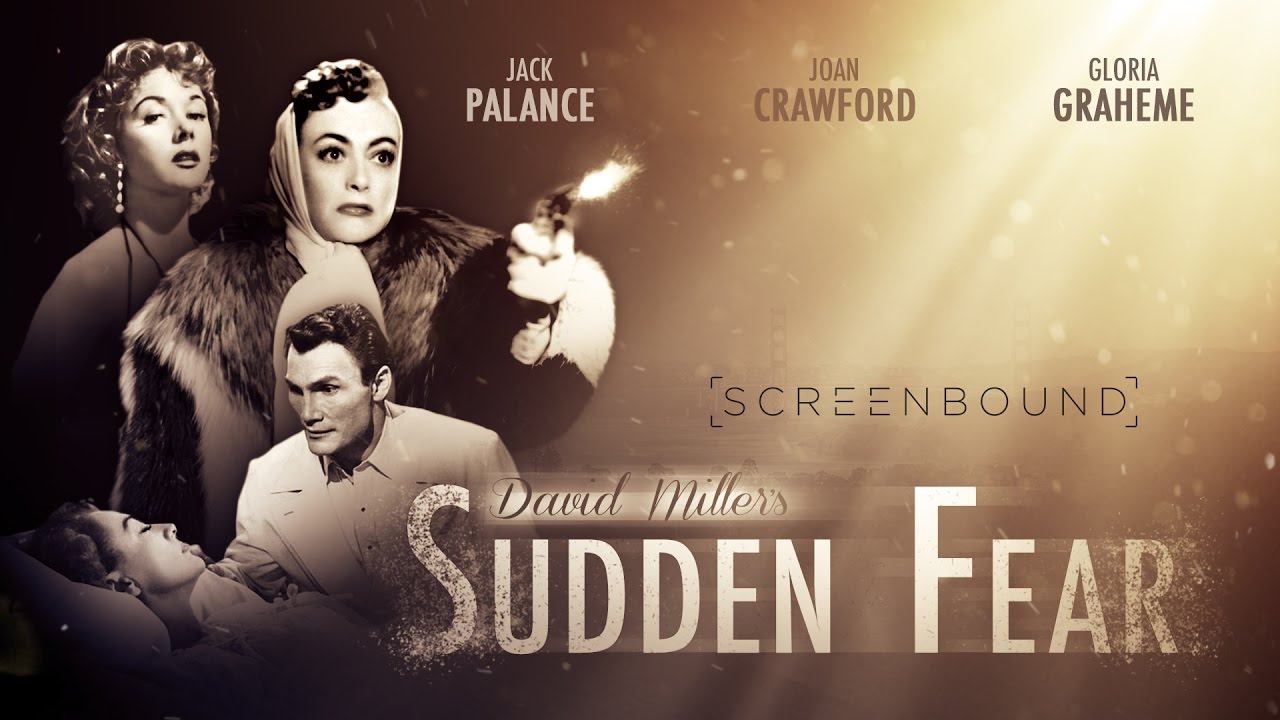 “I was just wondering what I’d done to deserve you. ” – Myra Hudson

Brief Synopsis – A recently married wealthy woman begins to suspect that her husband is plotting against her.

My Take on it – This is another film that I knew absolutely nothing about before seeing it and was pleasantly surprised at the way that it works to keep things intriguing the whole way through.

The cats of this film helps make things very believable and each of them is able to make us feel and understand the various emotional changes that their characters are going through as the story progresses.

Joan Crawford is superb in the lead and we can easily understand how she feels about her love for her husband yet also once she begins to suspect that things are not necessarily right with their marriage she can view things in a very different light.

Jack Palance has always been a great actor and in this film, his character is able to present things in dual ways; as both a devoted and loving husband and as a scary one who may be trying to plot against his wife.

The pacing of the story is done quite well but there are a few scenes that probably should have been a bit shorter since they drag a bit too much.

Both Palance and Crawford were nominated for Oscars for their performances here but neither managed to win.

Bottom Line – Great premise that works quite well the whole way through.  The cast is great and they allow us to really feel for the various ways that the characters act. Crawford is superb in the lead and we can easily understand her paranoia especially once she begins to see things in a different light. Palance is also great as her husband and he is able to play the character as both the lovable husband and the scary one. The story moves at a nice pace but a few scenes drag along a bit too much and would have worked better if they were shorter.  Palance and Crawford were both nominated for Oscars as Best Supporting Actor and Best Actress for their performances.  Recommended!

MovieRob’s Favorite Trivia – According to Jack Palance, Joan Crawford and Gloria Grahame did not get along and got into a physical altercation at one point during the filming. The fight started after Grahame sat on the edge of the set during one of Crawford’s close-ups and very loudly sucked a lollipop in an attempt to anger Crawford. It worked, and Palance noted that the all male crew watched the fight for a few moments rather curiously before stepping in to break it up. (From IMDB)