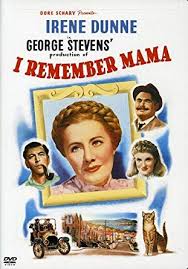 “Being rich is like being ten feet tall. Good for some things, bad for others.” – Martha Hanson

Brief Synopsis – Depiction of a Norwegian immigrant family’s life in California at the early part of the 20th Century.

My Take on it – This is another film that I had never heard of before learning that it actually had 4 of its actors nominated for Oscars for their performances.

The story itself is told ion a very warm and interesting way that we can easily feel for the characters and their situations and it works on various levels.

The dialogue and the different kinds of situations and circumstances that the characters find themselves in feel very realistic and it’s easy to believe that many immigrant families went through similar things around the turn of the 20th Century.

They are able to show the various emotions of these different trials, tribulations and challenges that these people face and we can feel the emotions along with them.

The cast of this film is great and Irene Dunne shines through at the matriarch of the family.

She was nominated for Best Actress for her performance here.

Ellen Corby and Barbara Bel Geddes were both nominated for Supporting Actress for their roles.

But Oskar Homolka is the one who is the standout as the family’s rich uncle who does all he can to help his family whenever he is able to do so.

He was nominated for Best supporting Actor for his performance here and of the 4 was probably the closest to actually win.

This is truly a heartwarming story and they are able to give a clear depiction of what life must have been like for these new immigrants.

It spawned a TV series that lasted 9 season during the 50’s.

Bottom Line – Interesting and warm family story that works on numerous levels. The dialogue and situations that the characters find themselves in feel real because they experience so many different emotions through the trials, tribulations and challenges that they must face. The cast is great with Dunne shining throughout as the matriarch of the family. Homolka tho, steals every scene he is in as a rich uncle who tries to help whenever he can. He was quite deserving of an Oscar nomination for Best Supporting Actor for this performance.  Truly a heartwarming story that gives a clear depiction of life for these immigrants. Recommended!

MovieRob’s Favorite Trivia – Greta Garbo turned down the role of Martha around the same time she also rejected the lead in Alfred Hitchcock’s The Paradine Case (1947). She is reputed to have commented, “No murderesses, no mamas.” (From IMDB)