This is the first of three reviews for Michael of Sat In Your Lap‘s Fondathon which will take place 1-3 February.

Thanks for letting me take part Michael! 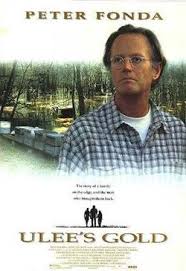 “There’s all kinds of weakness in the world, not all of it is evil. I forget that from time to time.” – Ulee Jackson

Brief Synopsis – A beekeeper trying to raise his two granddaughters while his son is in prison does all he can to try and keep his family together.

My Take on it – This is a film that is carried by an amazing, if not career best performance by Peter Fonda who shows with this role that if he has chosen (o be offered) better roles over his career, he could have been just as great as his father and sister are.

We are able to feel his character throughout and he moves with the hits as he keeps getting delivered surprise after surprise along the way.

His character maintains a calm demeanor the entire time and that helps show how important his family and their welfare is to him because a lot of people would have easily cracked when faced with many of his decisions because he perseveres onward throughout.

Fonda was deservingly nominated for an Oscar for Best Actor for this role and also deservingly won a Golden Globe for it.

The story itself comes across as being quite realistic and the deliberately slow pacing of things helps the viewer take it all in as things move along.

The plot is quite subtle yet very effective in the way that it shows how much a man is willing to do to keep his family safe and together no matter the eventual cost.

What’s even more interesting is the fact that he doesn’t even allow the way that they treat him affect his decision making because; family is family no matter what.

Bottom Line – Great performance by Fonda highlights this film because we can feel so much for his character as his already turned around life keeps getting more and more surprises. His calm demeanor throughout works wonders because most people would crack under so much pressure, yet he moves forward despite it all due to his love and allegiance to his family. The story works quite realistically and moves at a great pace in order for us to be able to take it all in. The plot is subtle yet quiet effective in showing all that a man will do in order to keep his family safe and together no matter the cost.  Recommended!

MovieRob’s Favorite Trivia – Coincidentally, Peter Fonda’s dad Henry Fonda had been an amateur beekeeper for a period during his acting career. (From IMDB) 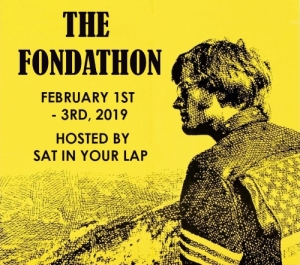