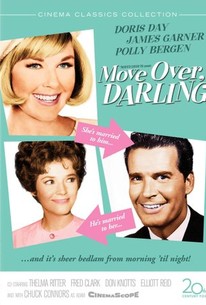 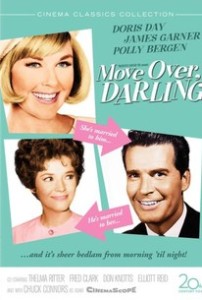 “And you down there, stop that whispering. This is a court of law, not a public library. ” – Judge Bryson

Brief Synopsis – On the day of his remarriage, a man finds out that his missing wife, who he has declared dead returns home.

My Take on it – This is another film that knew nothing about before choosing it for this series.

I have always been a fan of both James Garner and Doris Day and as soon as I saw that they are in this film together, I was quite excited to see how it would turn out.

The chemistry between the two leads is great and they made their relationship seem so plausible as a long time married couple that it’s easy to believe much of what happens in the story.

They made a great choice casting the two of them together because it helps make this film so much more enjoyable.

The plot of the film is great and even after more than half a century, the story line is still plausible and could even be recreated and be relevant for a modern story and that helps make this even more interesting to watch.

This film has an aura of a screwball comedy which works really well in this setting.

They also manage to use that genre to its advantage and we get a lot of things alluded to along the way without the need to actually express things outright.

This is a film that I’m quite glad that I finally got the chance to see because it is so much fun and I can’t wait to see it again one day.

Bottom Line – Hilarious film that works on so many levels. Day and Garner have amazing chemistry and they are perfectly cast together in this film.  The story itself is a great one that is even pretty plausible even after more than 55 years and that helps keep things so interesting. They do a great job keeping this film feeling like a screwball comedy in the way that they allude to many things without the need to actually express them throughout. So glad that I finally saw this movie because it’s so much fun. Recommended!

MovieRob’s Favorite Trivia – Doris Day proved what a trouper she truly was when James Garner accidentally cracked two of her ribs (during the massage scene, when he pulls her off of Polly Bergen). Garner wasn’t even aware that Day was injured until the next day, when he felt the bandage while putting his arms around her. (From IMDB)