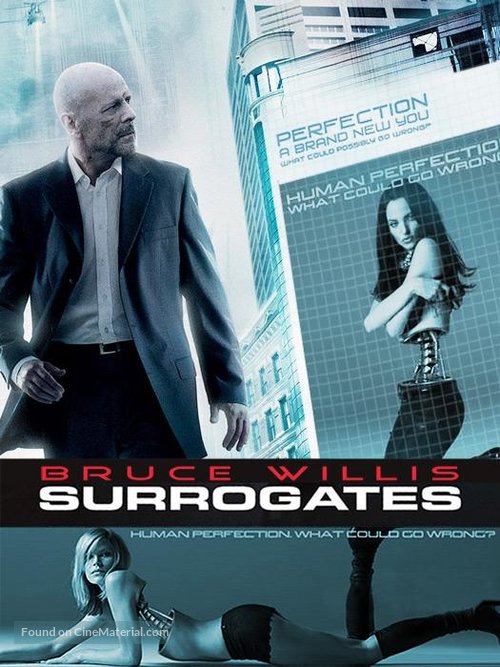 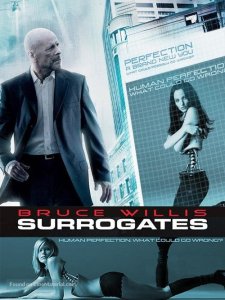 “Look at yourselves. Unplug from your chairs, get up and look in the mirror. What you see is how God made you. We’re not meant to experience the world through a machine.” – The Prophet

Brief Synopsis –In the not too distant future where everyone lives their lives via cybernetic surrogates , a detective must try and solve a murder of a prominent citizen while using his surrogate.

My Take on it – This is a film with quite an interesting premise that works really well especially since it seems very realistic when looking at the way that technology has advanced over the years.

Ironically, this movie is probably more plausible now than it was when it was made due to these advances.

Bruce Willis does a great job in the lead and is able to play both of his roles effectively.

They manage to de-age Willis for his scenes as the “surrogate” version of himself and also have him act more gruff and vulnerable in his role in the real world which makes the character feel even more believable.

The supporting cast is great and they are able to get some very talented actors like Radha Mitchell, Ving Rhames, Rosamund Pike and James Cromwell to play key supporting roles that help the story move along in a very enjoyable direction.

The film get a bit convoluted towards the end which takes away from the impact of the story yet it still manages to be a very entertaining modern sci-fi film that keeps the story plausible, relatable and understandable throughout.

Bottom Line – Very intriguing premise that works quite well especially since it seems even more realistic now than it probably did when it was made. Willis does a great job in the lead and both his performances as the “surrogate” and the real character work well to be seen as being believable.  Great supporting cast that heralds some very talented actors like Mitchell, Rhames, Pike and Cromwell in key roles. Towards the end, this film’s plot get a bit too convoluted which takes a bit away from the storyline, but it’s still an entertaining modern sci-fi film that is completely within the realm of plausibility.  Recommended!