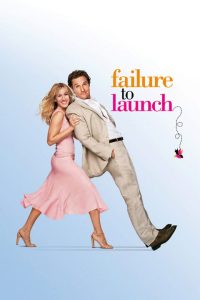 “Well, this is my Naked Room. I mean, it’s my house. A man ought to be able to do whatever he wants to do in his own house. Wore a suit for forty years. ” – Al

Brief Synopsis – The parents of a 35 year old guy still living at home hire a “professional” to try and convince him to move out on his own accord.

My Take on it – This is a film that I saw not long after it came out on cable and found it fun.

Upon rewatching it, it was still fun, but this isn’t an amazing romantic comedy because it still manages to follow the formulaic path of most films from the genre and doesn’t give us anything really unique along the way.

Matthew McConaghey and Sarah Jessica Parker have nice chemistry together and that allows this film to stay fun because they both share equal footing and can deal with one another quite well.

The supporting cast is also great here and it’s great seeing Justin Bartha and Bradley Cooper in a pre The Hangover (2009) film.

The stand outs here though are Terry Bradshaw and Kathy Bates as MM’s parents who are hilarious in every scene they appear in.

The fact that the premise itself feels quiet realistic helps keep thing enjoyable since they are able to milk as much humor as possible from this kind of situation.

The story flows well most of the time yet stumbles a few times but still manages to right itself and return to the predictable rom-com storyline that has worked so well for decades already.

Bottom Line – Fun film that works on numerous levels. Parker and McConaghey are both great here since they have great chemsitry together.  The supporting cast is also superb and Bradshaw and Bates standing out as MM’s parents. The premise itself is somewhat realistic and they treat it well in an attempt to be able to milk as much humor from this situation as possible.  The story doesn’t flow the entire time and there are a few stumbling blocks along the way, but since this is done in the usual formulaic way that Romantic-comedies have been made for decades, we still know things will get back on track eventually.

MovieRob’s Favorite Trivia – The roles of Tripp and Paula were written for Zach Braff and Amanda Peet. (From IMDB)