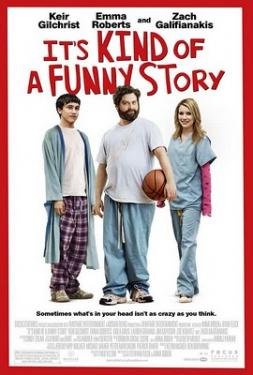 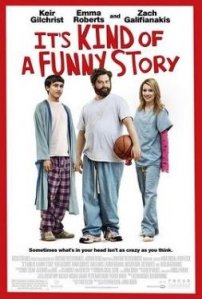 “Time felt different back then. Like there was more of it. ” – Craig

Brief Synopsis – A confused teenager who feels the urge to end his life, decides to check himself into a hospital to try and figure out what is wrong with him.

My Take on it – This is a film that I saw not long after it came out, but didn’t really recall much about it wen I came across it now to rewatch.

The premise presented here is great because it takes a situation that is unfortunately very common and makes it feel much more personal so that we can get a clearer idea as to how and why these kind of things perhaps occur..

The characters are all developed quite well in order for us to get a clear idea of who they are and how they got to where they find themselves.

The choice to pepper enough humor into this dour subject matter is a great idea and it helps make the story much more enjoyable and poignant because it feels more realistic and down to Earth this way.

The fact that most of the cast is made up of unrecognizable actors also helps give this film a very genuine and realsitic feeling because we aren’t just watching “famous” actors portraying these characters but actually actors who could be people we could very well know.

The one known actor who does appear here is Zack Galifinakas who is superbly cast in the role of the “King” of the psych ward.

His performance here is completely off the wall yet it allows us to both laugh and cry at the situations that these characters all find themselves in especially when his character is giving advise or insights about the way the world works.

Bottom Line – Very interesting premise that works extremely well since it feels so personal. The characters are all developed enough for us to gt a clear idea of who they are and how they got to where they all. The script is able to pepper enough humor into this dour subject that it makes things even more interesting to take in. The cast is mostly unrecognizable which helps make this feel more realistic.  Obviously, Galifanakis is perfectly cast in the role of the “king” of the psych ward which allows us to both laugh and ry at the various insights that his character gives over to others. Recommended!

MovieRob’s Favorite Trivia – Paramount and MTV Films acquired the rights to the novel in May 2006. Anna Boden and Ryan Fleck were hired to adapt the screenplay with a view to direct after. After a while, Paramount changed their mind and put the production into turnaround. Focus Features then stepped in to acquire the property, keeping Boden and Fleck on throughout. (From IMDB)