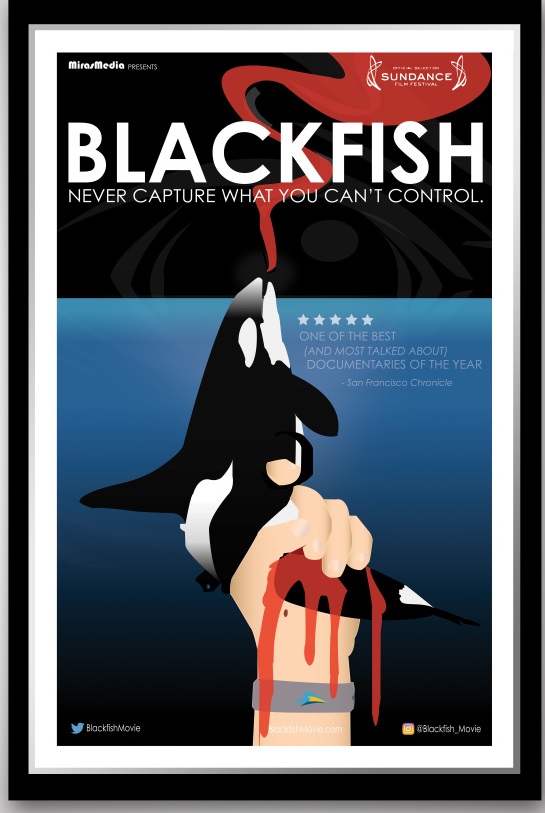 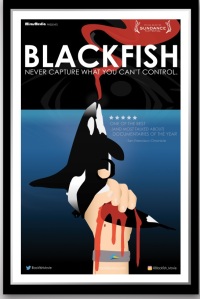 “The First Nations people and the old fisherman on the coast, they call them “blackfish”. They’re an animal that possesses great spiritual power and they’re not to be meddled with. I’ve spent a lot of time around killer whales and they’re always in charge. I never get out of the boat and I never mess with them. The speed and power is quite amazing. Rule are the same as the pool hall – keep one foot on the floor at all times.” – Dave Duffus

Brief Synopsis – Documentary about the various dangers of keeping Killer whales in captivity especially since it has led to many injuries and 3 deaths.

My Take on it – This is one of my favorite documentaries and every time I watch it it amazes me more and more.

The story of how killer whales are kept in captivity for entertainment value is shown in a very harrowing way since it has led to many injuries and a few deaths.

This film is quite powerful and hits harder and harder each time.

The people interviewed are able to give a clear picture of the daily routines of these parks that keep the animals and why that could possibly lead to the various dangers that have occurred to staff and park visitors over the years.

What’s so interesting is the fact that this film has a premise that is quite straight forward yet if this movie was never made, most people would never even think about these kind of things.

The very fact that this film has brought these issues to the forefront says so much about the film and the issue and the awareness of things in and of itself is an amazing accomplishment.

This is clearly one of the most powerful documentaries ever made and I can’t to have an opportunity to see it again.

Bottom Line – Amazing documentary that gets more and more hard hitting every time one watches it. The film is harrowing to watch and the stories told by those interviewed are hard to believe barring the fact that we are shown proof of much of what they are telling us. Much of the premise of the film seems straightforward but if this wouldn’t have been put to film, it would be something that most people wouldn’t even think about.  The fact that this film itself has brought so much information and knowledge to the forefront of people’s minds in and of itself is an amazing accomplishment.  One of the best documentaries that I’ve seen and can’t wait to see again.  Highly Highly Recommended!

MovieRob’s Favorite Trivia – As of August 2015, Seaworld profits have dropped 84% compared to the period prior to this film’s release. (From IMDB)