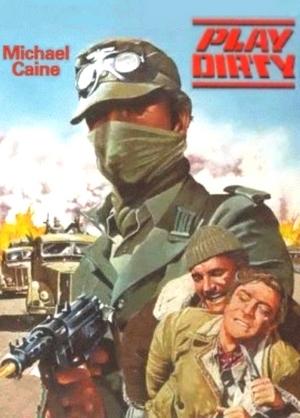 This is my second of 3 reviews for the The Second Marvelous Michael Caine Blogathon 2019 taking place next week during the 24-26th of April and being hosted by Gill of WeegieMidget.

Tnx for letting me partake Gill! 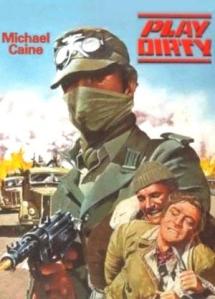 “War is a criminal enterprise. I fight it with criminals” – Col. Masters

Brief Synopsis – A group of convicts are sent across the African desert to destroy a German fuel depot during the height of the African Campaign of World War II.

My Take on it – This is afilm that I chose for this blogathon without knowing anything about it besides the fact that Michael Caine appears in it.

The story presented here is very interesting and even though it feels like a lesser version of The Dirty Dozen (1967) featuring British criminals instead of Americans, it still manages to work well.

Michael Caine is chosen to lead this group of criminals across the African desert and he does a nice job with the character as he must constantly deal with the insubordination of these criminals as the story moves along into strange directions.

Nigel Davenport is also great here as one of the “talented” criminals who helps Caine along with the mission.

The two of them have great chemistry together which allows us to get an even better understanding as to why they were chosen to work together on this particular mission.

The film is filled with some great action scenes that aren’t perfect, yet they still are done well.

Loved the way that this film has some great twists and turns along the way that help keep things fresh and innovative throughout because they do some very surprising things that make this film quite entertaining.

Bottom Line – Very interesting film that manages to once again give us a World War II mission that must be undertaken by a group of criminals. It can be seen as a lesser version of The Dirty Dozen (1967) featuring British instead of Americans. Caine is great in the lead as the commander of this group of rag-tag men.  Davenport and Caine have great chemistry together and we can understand why their characters were chosen to work together on this mission. This film has some great action scenes that aren’t perfect yet they still are done quite well.  This film has a number of nicely done twists and turns along the way that help keep it unique and innovative in what it tries to do. Recommended!

MovieRob’s Favorite Trivia – This writing credit is the sole movie credit of Lotte Colin, mother-in-law of Producer Harry Saltzman. When she was younger, she had wanted to be a Screenwriter, so Director André De Toth gallantly ceded his writing credit to her. Six weeks later, she died from a brain tumor, but enjoyed her brief notoriety. (From IMDB)