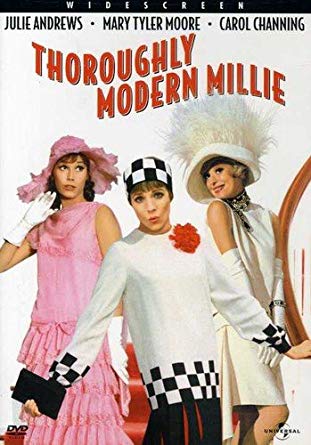 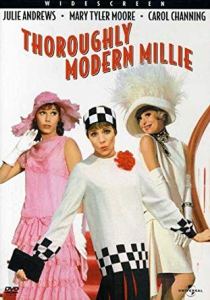 “Operator, you have obviously never been in a Chinese opium den! ” – Miss Dorothy Brown

Brief Synopsis – A naive young girl looking for a rich husband comes to town in the 1920’s and finds that things are much more complicated than she previously believed.

My Take on it – This is another film that I knew absolutely nothing about before coming across it during my quest t watch all films that feature Oscar nominated performances.

The premise of this film is an interesting one, but the choice to make it a musical/comedy takes so much away from it since some of the ideas presented would be much more poignant if shown as drama instead.

The story drags a bit too much here and the run time is too long, so it’s a shame that they didn’t try and trim things slightly to make it more palatable and enjoyable.

Th songs are fine but I expected a bit more from a film starring Julie Andrews.

The rest of the cast is also great especially given the fact that most of them are talented and successful actors who were just at the start of their careers.

In addition, Carol Channing is featured here in a great role which helped garner her an Oscar nomination for Best Supporting Actress for her work here.

It’s quite unfortunate that this movie looks at these important issues from a comedic perspective instead of from a more serious and dramatic one because that would have added so much to the impact of things.

Bottom Line – Interesting idea that just isn’t presented well enough, The story drags on a bit too much and things could have been trimmed a bit in order to make things much more enjoyable.  The songs are good, but none feel memorable enough especially with Andrews as the star.  The cast is quite talented even if most of them appear years before they made a name for themselves.  Channing was nominated for an Oscar for Best Supporting Actress for her performance here.  Some of the issues dealt with here would be more interesting to watch if the story had been presented more as a drama than as a comedy which takes so much away from the impact if could have.

MovieRob’s Favorite Trivia – Mary Tyler Moore said that she always thinks of the tap dancing scene in this film whenever she sees an elevator. (From IMDB)