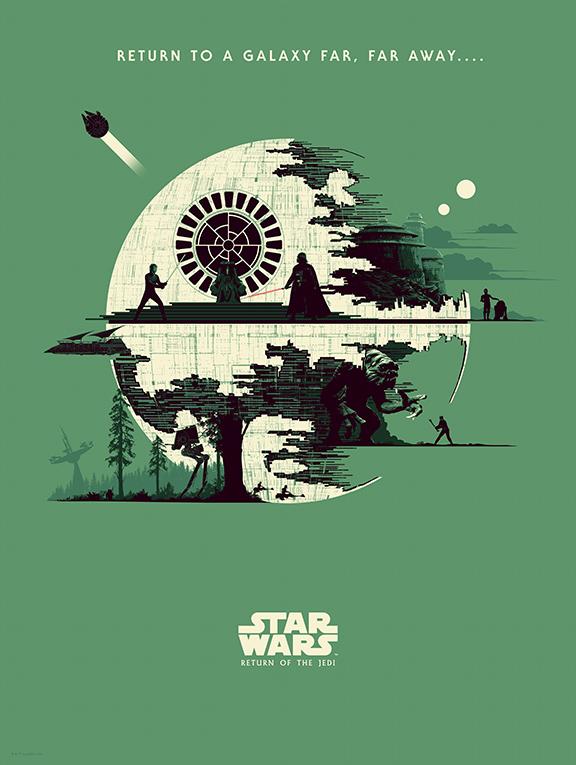 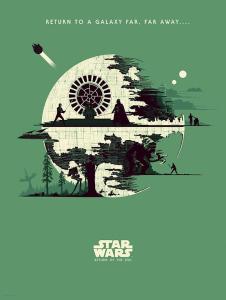 “Never. I’ll never turn to the Dark Side. You’ve failed, your highness. I am a Jedi, like my father before me.” – Luke

Brief Synopsis – Luke Skywalker and his friends travel to Jabba the Hutt’s palace on Tatooine in order to rescue their friend Han Solo who has been frozen in Carbonite.

MNy rough estimation is that I’ve seen it over 60 times, but that number may even be higher.

I recall when this came out in teh theater when I was 9 and I subsequently saw it in the theater 17 times over the course of its theatrical run.

When it showed up on cable a year later, I watched it over and over.

When we got a VCR, I bought a copy of it and nearly wore out the tape because I watched it so often.

It’s a movie that I now watch as often as I can and that usually translates to more than twice a year (if not more).

I can’t really pinpoint what enamors me so much about this film per se, but it constantly draws me into the world created by George Lucas and I get lost in it for slightly over two hours each time.

This film has some great sequences and the Sail Barge one is superb because it allows us to see such a great fight sequence that occurs in the air above a desert by use of the amazing effects by ILM.

The effects in the film were so unique that the folks at ILM received a Special Achievement Oscar and there was no need to even vote on it because it was a given fact that they did so much groundbreaking work on this film.

the battle on Endor is another great battle shown in a Star wars film, but the use of the cuddly Ewoks was a slight mistake because the original idea of using Wookies would have been so much more intriguing and entertaining to watch.

The story lines of the three main characters are expanded upon once again to the [point where we get to see so much growth among them that has occurred due to everything that they have experienced over the past two chapters of this saga.

The climatic battle is shown on three fronts al at once and they move quite smoothly among them throughout the course of the climax of the film.

Luke and Vader’s light saber duel was the best up until the time it was made (and has subsequently been outdone with the fights in the prequels) and adds so much to the impact of this film when we get to see father vs/ son battle it out seemingly for the entertainment of a ruler bent on continuing his tyrannical rule over the Galaxy.

The music is great here and is quite iconic.

John Williams once again creates a unique yet familiar score for this film which works on so many different levels.

The creatures created for this film put the Mos Eisley Cantina scene to shame and we get to see so many more creatures and species that inhabit the word created by Lucas.

They gave us a fitting end to the story that gives closure to things yet also leaves so much open for future installments.

MovieRob’s Favorite Trivia – Harrison Ford suggested that Han Solo sacrifice his life to save his friends, but George Lucas disagreed with him, as he wanted Han to play a heroic part at the end. (From IMDB)