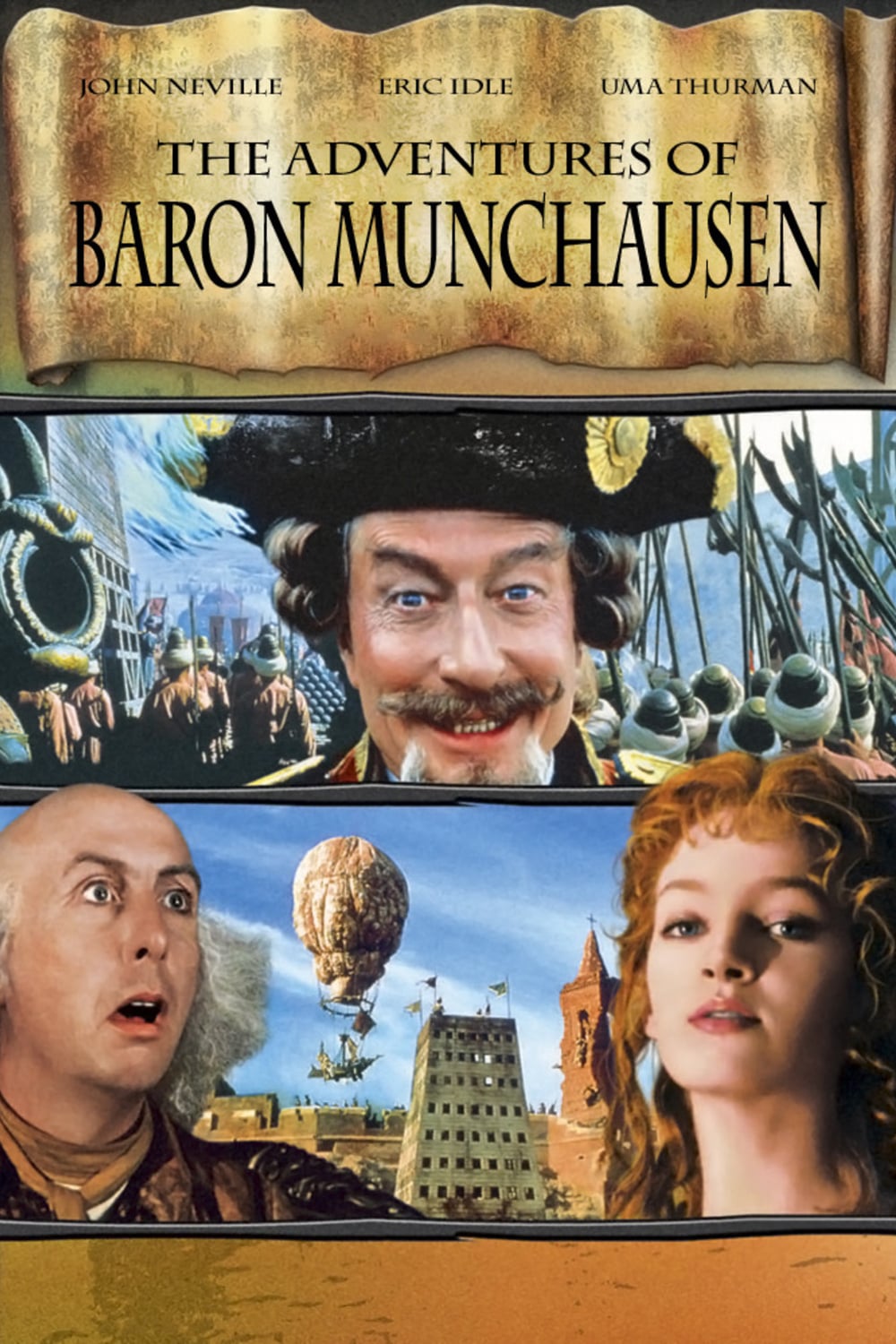 Please get me your submissions by the 25th of May by sending them to royaljdub@movierob.net

Try to think out of the box! Great choice J-Dub!

Let’s see if I felt that this movie would be worthy of being in the company of my others favorite movies in the genre of Movies featuring Royalty.…

“Your reality, sir, is lies and balderdash and I’m delighted to say that I have no grasp of it whatsoever.” – Baron Munchausen

Brief Synopsis – A German Baron during the 18th Century goes on some fantastical adventures along with a group of other strange companions.

This movie was J-Dub’s choice for me to watch.

This is a film that I heard about thirty years ago when it came out and never had any desire to see what it was all about especially since I’m not the biggest fan of the craziness of Terry Gilliam movies.

This film fits in perfectly with the rest of his films and makes almost no sense whatsoever on the way that it tries to tell a story utilizing numerous scenes and scenarios that are only connected by a very small thread even though they try to present things as a flowing story line.

The stories presented are a hodge-podge of craziness that doesn’t work at all in anything that it tries to do.

The cast of this film features some very talented actors and it surprised me how many comedians were used here despite the fact that as a comedy this film misses all of the humorous marks along the way and never works well enough.

Even the spectacular Robin Williams fails to entertain in his role in this film.

John Neville is a really poor choice in the lead role here and there is a reason he never was the lead in any previous or future films since he has trouble giving off a commanding feeling that he in supposedly in control like the lead actor should have.

Bottom Line – Another really crazy Gilliam film that made no sense to me whatsoever. The film feels more like hodgepodge of non-related stories that are tied together by a very thin string in order to form some kind of connection.  The cast is filled with lots of comedians yet very few of the scenes and scenarios shown are funny in any way. Neville is a poor choice in the lead role and fails to make his character seem even more commanding like he should.

MovieRob’s Favorite Trivia – Sarah Polley, nine years old at the time, didn’t enjoy making The Adventures of Baron Munchausen (1988). She recalled the experience as traumatic: “It definitely left me with a few scars…It was just so dangerous. There were so many explosions going off all around me, which is traumatic to a kid whether dangerous or not. Being in freezing water for long periods of time. Working endless hours. It was physically grueling and unsafe.” (From IMDB)

Genre Grandeur Worthy? – Not even close.

4 thoughts on “Genre Guesstimation – The Adventures of Baron Munchausen (1988)”