Today is the 75th anniversary of the Allied forces landing in Normandy on D-Day, so I decided to watch 6 movies about that historic day that were each made in different decades which give a slightly different perspective on the events of that fateful day.

Here is the review of the 2nd film that I watched. 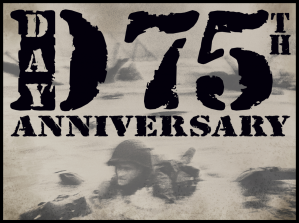 {This review is being posted at exactly 06:32 GMT+2 to coincide with the beginning of the assault on Omaha Beach, Normandy 75 years ago today}

Brief Synopsis – A squad of soldiers are sent on a mission to find a soldier lost in France during D-Day in order to return him home after his three brothers are killed in action.

My Take on it – This is one of my all time favorite films an I still recall the feeling of watching this film twice in the theater.

It still works on the small screen. but watching it on the big screen is such a vastly different experience.

This is still a film that gets better each and every time that I get the opportunity to watch it.

Steven Spielberg is a superb director and he knows how to create a story that will keep the viewer glued to their seat because something is constantly happening and moving forward,

This is one of the best war movies ever made and at the same time its able to show the grueling and gruesome faces of battle in an explicit and no holds bar fashion which helps show it’s clear anti-war message through and through.

The cast of this film is amazing and the fact that most of the young faces were unknown at the time this film was made (and have subsequently blossomed on screen ever since) helps the story because their relative anonymity at the time gives off the every-man feeling of these characters.

It allows us to see the importance of fighting such a war against fascism and tyranny that included a spectrum of so many races and ethnicity which gives off a universal feeling of people to stand up against these kind of threats in the world.

The battle scenes are filmed spectacularly and they give us the feeling that we are right there in the thick of the action as things move along.

This remains one of the most visceral depictions of modern warfare ever filmed.

No other film has been able to surpass (or even reach) what Spielberg did in this film in the 21 years since it was made and it remains so amazing to watch.

This film was nominated for 11 Oscars and won 5 of them including est Director for Spielberg.

Somehow this film failed to win Best Picture and this remains one of the biggest Oscar blunders in history because as great a film as Shakespeare in Love (1998) is, it isn’t as great as this film and also hasn’t aged as well as this anti-war epic has.

Bottom Line – Amazing film that gets better and better during each subsequent re-watch. Spielberg knows how to create a great story that keeps the viewer glued to things from start to finish. This is a war film that by way of its very explicit and no holds bar storytelling allows the viewer to clearly see its anti-war message. The cast is superbly chosen and despite the fact that many of the actors involved in the film are recognizable now, most were unknown actors before making this film.  The anonymity of the characters adds so much to the every-man feeling and allows us to see the importance of fighting the war against tyranny from the aspect of so many different ethnicities and nationalities because it’s a universal feeling to stand up against these kind of threats.  The battle scenes are filmed so amazingly and this remains the most visceral depiction of modern war on film.  Even over the past 21 years, no other film has been able to surpass what Spielberg did here.  This film was nominated for 11 Oscars and managed to win 4 technical awards plus Best Director for Spielberg yet somehow failed to capture the top prize this year of Best Picture.  It still remains one of the biggest blunders in Oscar history because this is a film that has stood the test of time so well.  Highly Highly Recommended!

MovieRob’s Favorite Trivia –  When the camera shakes during explosions, Steven Spielberg used drills attached to the side of the camera, which were turned on when required. While shooting with this effect, the crew’s photographer let Spielberg know that there was a shaker lens for cameras. Spielberg said in an interview that he had thought he had invented a great new technique. (From IMDB)