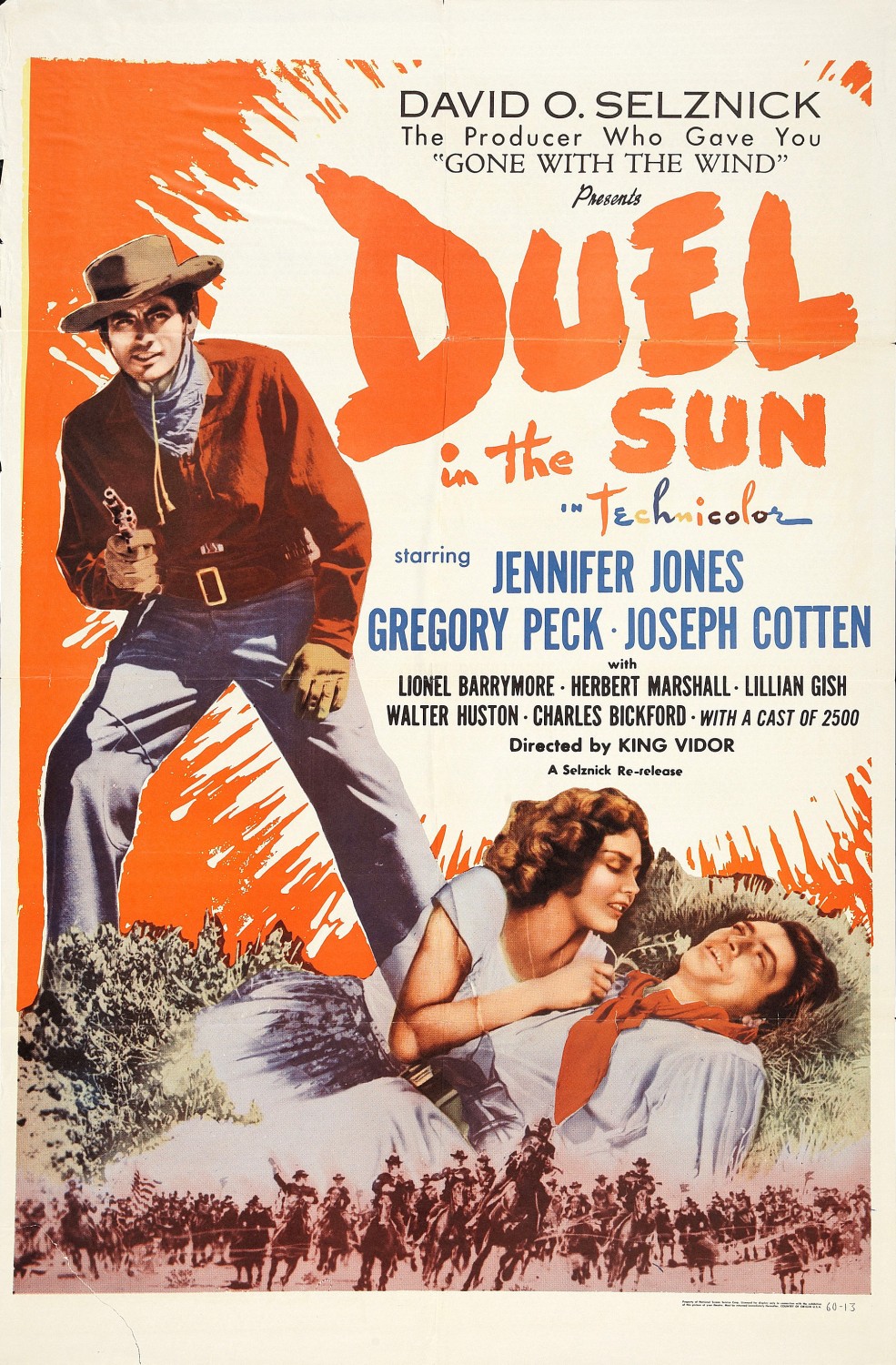 Brief Synopsis – After her father kills her mother for having an affair, a young half-Mexican, half-American girl is sent to live with her father’s cousin and her politician husband where she is smitten by both of their sons; one good and one evil.

My Take on it – This is a film that I had never heard of before coming across it during my quest to watch all films that feature Oscar nominated performances.

This was meant to be an epic Western yet fails in that aspect since it isnt enthralling enough.

The story loses focus too often which takes away from keeping the story flowing.

The film has a very talented cast but even the likes of Gregory Peck, Walther Huston, Lionel Barrymore, Lillian Gish, Joseph Cotten and Jennifer Jones aren’t able to make this film feel better than it truly is.

They do a great job using this story as an allegory for the internal struggle that all men have between the pull between doing good and evil.

It shows how strong one must be in order to take the path of the righteous.

Unfortunately, way too many people choose to go the easy route that leads to evil.

Gish and Jones were both nominated for Oscars for their performances here; Gish as Supporting Actress and Jones as Actress yet neither won.

The film’s ending is slightly cheesy, but that in an of itself is fine in this case especially since the end isn’t something that one can easily predict.

Bottom Line – Not such an enthralling epic film since t loses its focus much too often. The cast is quite talented, but most of them give very over the top performances which take away from the realistic feel of things. The story looks at the way people can be torn between good and evil and need to be strong to follow the more difficult path of being good than the easy one that leads to more evil. Gish was nominated for an Oscar for her work here as supporting actress while Jones received accolades and an Oscar nomination for Best Actress. The ending is a bit cheesy even if it isn’t very predictable.

MovieRob’s Favorite Trivia – According to King Vidor, director Josef von Sternberg was hired only as a lighting expert by David O. Selznick in order to give his wife–and the film’s star–Jennifer Jones a more glamorous look. (From IMDB)