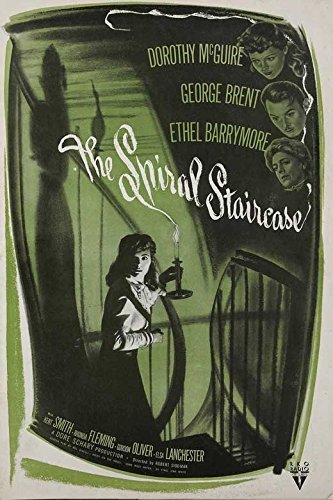 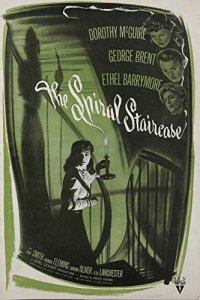 “Well, in that event, Constable, I certainly can’t do her any harm.” – Dr. Parry

Brief Synopsis – A mute woman living in New England begins to fear for her life when a local serial killer begins killing woman with some kind of affliction.

My Take on it – Once again, this is a film that I never had heard about beforehand and only came across by accident while working on my quest to watch all films featuring Oscar nominated performances.

This is an interesting film noir type of mystery/thriller that unfortunately seems much too tame by today’s standards which hurts things a lot.

The way that this film conceals the identity of the killer is done really well since it helps raise the level of suspense and tension.

In addition, they do a nice job using the technique of showing things via the point of view of the killer which makes things even more tense and suspenseful especially since we have no idea who is committing these crimes.

This is a technique that has become quite popular in the horror genre and works just as well here to the same effect.

Dorothy McGuire is great in the lead role and in spite of the fact that she is mute and doesn’t converse in the film, she allows us to believe her as a sympathetic heroine who allows us to root for her to make it out of the grasp of the killer.

Ethel Barrymore is also quite good here and was able to garner an Oscar nomination for Best Supporting Actress for her work here.

Bottom Line – Interesting thriller that doesn’t age as well as one might hope. They do a nice job concealing the identity of the killer for most of the film and that helps raise the level of tension to a nice level. The way that the film utilizes the point of view of the killer also helps add to the suspense of things and the same technique has been used very successfully so many times in the horror genre to garner the same effect.  McGuire does a great job with the lead and in spite of the fact that she is mute throughout, she still manages to be a very sympathetic heroine that we can root for the whole way through. Barrymore was nominated for an Oscar for Best Supporting Actress for her work in this film.

MovieRob’s Favorite Trivia – The close-ups of the killer’s eyes and hands actually show those of director Robert Siodmak. (From IMDB)