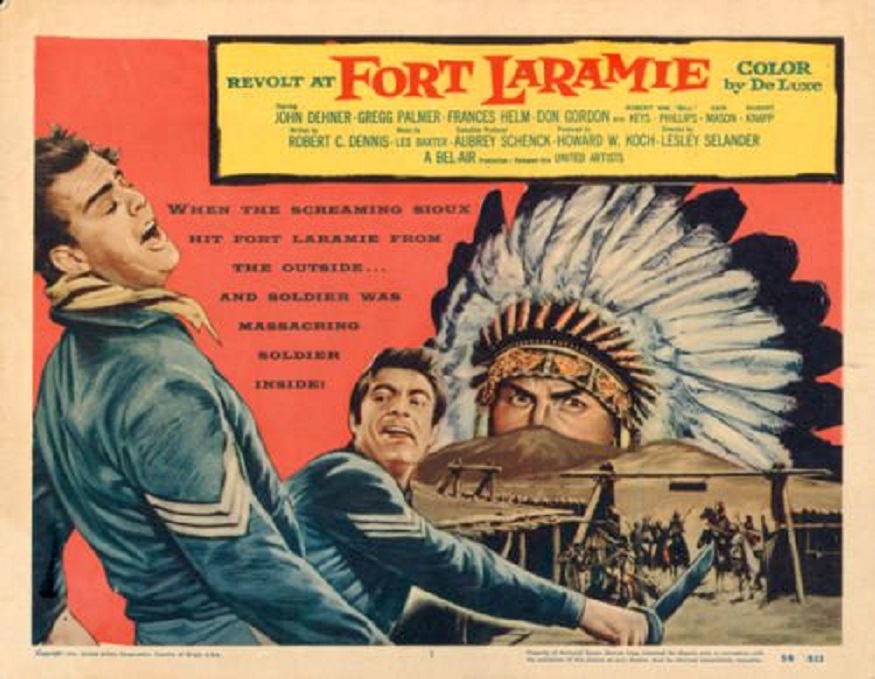 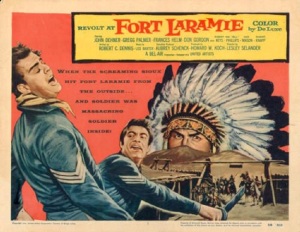 “Within the walls of this fort is a company of the Army of the United States. The States are no longer united. Each of you has chosen his own loyalty. Perhaps there are some of you who have yet to make that decision. Whichever way you choose, you will for the present time, continue to exist together. In anger, if necessary with hatred, but within this fort you will remain a company of soldiers. That order doesn’t come from me or from Washington. That order comes from Red Cloud and his warriors.” – Maj. Seth Bradner

Brief Synopsis – On the eve of the Civil War, soldiers in a frontier outpost must not only deal with their personal feelings about the rift in the country between North and South but also the impending onslaught of their fort by Sioux warriors.

My Take on it – This is a film that I came across by accident and was immediately drawn to due to the very unique and intriguing premise.

Unfortunately despite such a great idea, it fails to explore the theme on a deeper level.

This film finds a way to show the kind of friction that can be created among the various soldiers as they all waited for the war between the states to break out.

The loyalty of each of these men is to their home state first and foremost even before their loyalty to their country.

The cast of this film is comprised of almost a full complement of unrecognizable actors which both helps and hinders things along the way.

It helps because we aren’t distracted by famous actors and allows us to see the story within as seeming quite genuine and realistic.

On the other hand, the hinders things since most of these actors come across as being amateurish and fail to give off any heroic feeling among their characters along the way.

The message of this film about two warring forces choosing to band together against a common enemy works quite well and resonates throughout.

Bottom Line – Great idea that unfortunately isn’t explored well enough. They mange to show the kind of friction that the impending war had on soldiers who’s first loyalty was to their individual states as opposed to the country as a whole. The cast is almost completely unknown which both helps and hinders this film’s cause. It helps things feel more realistic yet at the same time, most of the actors feel as if they are experienced enough to make their roles seem heroic enough in what they do.  This film brings forth the message that two enemies sometimes need to work together to defeat a common enemy.

MovieRob’s Favorite Trivia – Even though the movie is set during the first few months after the beginning of the Civil War, some of the Indians are clearly carrying Winchester Model 1892 carbine rifles. (From IMDB)