This is my final of 3 entries in the Blizzard of Oz Blogathon being hosted by Quiggy of The Midnite Drive-In.

Tnx for letting me partake Quiggy!

Don’t worry, on a new job it’s quite common for things not to go well at first.” – Crazy Cora

Brief Synopsis – A cowboy sharpshooter is hired for a job in the Australian Outback and quickly realizes that he has been brought there for different reasons.

My Take on it – This is a film that I recall hearing about when it came out nearly 3 decades ago yet never had much desire to check it out.

After Quiggy announced this blogathon I thought it would be a great choice due to its Australian setting along with the fact that the title resembled his name. 🙂

This was not an easy film to get through at all because it moves along really slowly without much actually happening.

I’ve always been a fan of Tom Selleck, but he is wasted here because his character isn’t developed well enough or given much to do for that matter.

They establish how great a marksman he is and then they make him aimlessly walk around the Outback totally lost while shooting at his assailants from afar and always hitting his target.

Alan Rickman is always great as a villain yet in this film his villainy is quite comical since it’s all done quite generically.

This makes his character feel more like a caricature than a ruthless ranch owner.

He is much better as the intellectual villain which helped him establish his place in movie history.

Laura San Giacomo is terribly cast here and her character comes across as being quite annoying throughout the film.

Her character adds nothing to the already tedious plot and story and just babbles along endlessly throughout.

Bottom Line – Selleck is a great actor, but he is wasted in this film especially since his character isn’t developed well enough. They establish how great a marksman he is, but most of the film revolves around him trying to find his way around the Australian Outback shooting his assailant from afar.  Rickman is devious as the villain, but his character also isn’t developed well enough and he feels too much like a caricature instead of an intellectual villain like he was able to play in other films that established him as a great villainous actor. San Giacomo is just annoying here and doesn’t add much to the story besides babbling poor dialogue throughout.

MovieRob’s Favorite Trivia – Snipers for the US Navy SEALs call a shot that takes out two people simultaneously a ‘Quigley’ after the similar occurrence in this movie. (From IMDB) 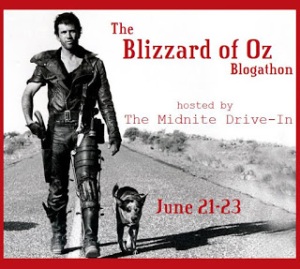