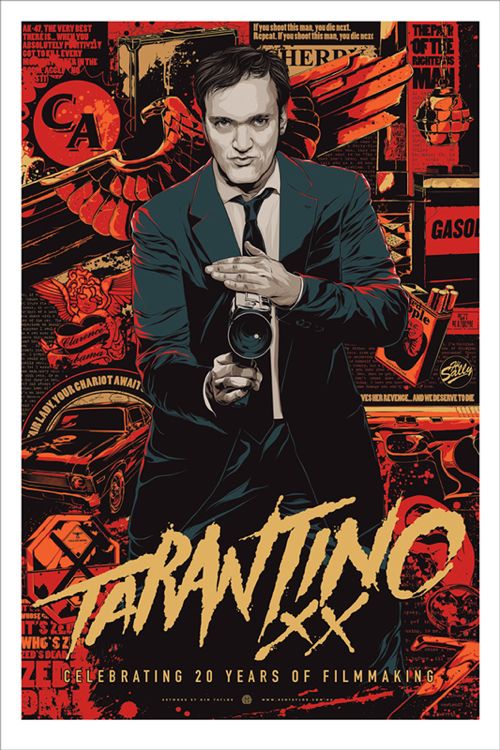 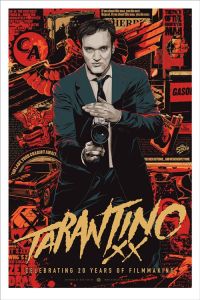 “His vision has never wavered, it really hasn’t. He’s made the movies that he has wanted to make all his career and you know what? he doesn’t churn out a movie every three months. He crafts them, protects them, he nurtures them, he takes heat for them and he defends them. I love the fact that he has never sold out. He really loves what he does and that he protects his movies and the stories that he tells they’re controversial, they’re raw and the they’re visceral and they’re violent but they’re so mesmerizing and captivating that you can’t take your eyes off of them. ” – Greg Nicotero

Brief Synopsis – A look at the first twenty years of Quentin Tarantino’s film career from the perspective of those that collaborated with him on his journey.

My Take on it – This is a film that I came across by accident and was immediately intrigued about how enlightening it could be.

I have been a fan of Quentin Tarantino ever since I first saw Reservoir Dogs (1992) in 1993 and subsequently sought out and watched all of his films in the years since.

This documentary is amazing because it is able to give us so much insight into who this groundbreaking film maker truly is.

The amount of interviews with collaborators of Tarantino’s is quite long and they help us get a much better understanding of the driving force within him that made him want to become a director and what he needed to go through in order to get there.

Most of his scripts have been able to take his visionary ideas and translate them to film for us.

We learn about the process that he went through in order to get his ground breaking and unique scripts read by the right people which enabled him to make very successful, award winning films that are sometimes considered to be among the best films ever made.

The best part about this film is the fact that we never get to see Tarantino in the interviewee’s chair and they allows us to see him via the unique perspective of the eyes of those that are most close to him who all seem to have loved working with him and yearned to return in new and future collaborations.

He is truly an inspiration for a generation of film makers and managed to change the landscape of Hollywood and its outlook on things.

They interview some of the film makers who created styles similar to Tarantino’s and we are able to learn so much from them as they explain how they were able to reach their own visionary aspirations under his direct tutelage.

Bottom Line – Excellent documentary that gives us so much insight into who Tarantino really is. The interviews shown here help us understand what drove him to want to be a director and what he needed to go through in order to get his visionary screenplays made into successful, award winning films that are sometimes considered among the best films ever made. The best part about this film is that Tarantino himself never appears in the interviewer’s chair and we only get to learn all about him through the eyes of his various collaborators over the years who all seem to love working with him and wanted to continue collaborating with him whenever they can.  He is a true inspiration for a generation of film makers who have learnt so much from him when they try to make their own visionary aspirations to come true. Highly Recommended!

MovieRob’s Favorite Trivia – His films are characterized by nonlinear storylines, satirical subject matter, an aestheticization of violence, extended scenes of dialogue, ensemble casts consisting of established and lesser-known performers, references to popular culture and a wide variety of other films, soundtracks primarily containing songs and score pieces from the 1960s to the 1980s, and features of neo-noir film. (From Wikipedia)