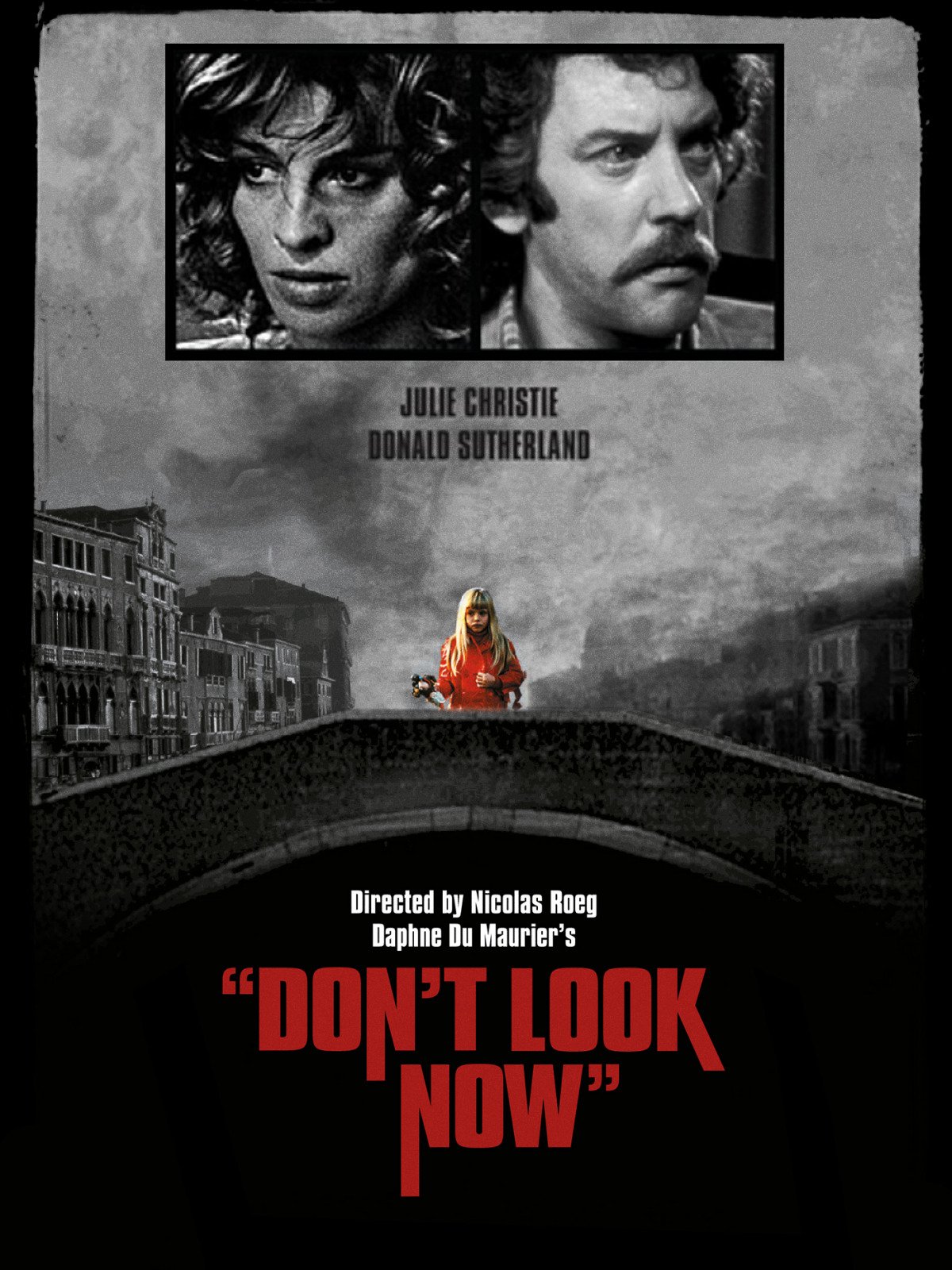 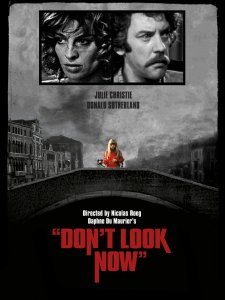 “This one who’s blind. She’s the one that can see. ” – Laura Baxter

Brief Synopsis – While in Venice following the recent death of their young daughter, a married couple meet a psychic who claims that they are in danger.

My Take on it – This is a film that is known as one of the earliest films to deal with a story from a psychic and horror perspective and has influenced many other directors and film makers ever since.

The premise unfortunately isn’t presented well enough and things seem a bit too strange along the way.

The horror/psychic aspect of things works quite well in keeping important information from the viewer as things move along and we slowly begin to understand things.

Donald Sutherland and Julie Christie are both fine here, but (perhaps purposefully) their characters lack any kind of real chemistry despite the long love scene between the two.

This chemistry is essential when trying to show how they are supposedly working together to mend their relationship following the loss of their daughter.

If their characters would have been developed better on a much deeper level, the story might have been able to flow better and seem to be more realistic.

Insteda it feels too disjointed and fails to work as well as it probably could have.

Bottom Line – Interesting idea that just isn’t presented well enough. The horror/psychic aspects of the story work in keeping things from the viewer as we slowly try to get a grasp of what is truly happening. Sutherland and Christie are both fine in this film, but even with the very steamy love scene, the characters have very little chemistry with one another that could make us believe that they are trying to work together to mend their relationship following tragedy.  Perhaps if their characters were developed on a deeper level, things would have been more apparent. The mystery aspect of the story feels very disjointed and doesn’t work as well as one would hope.

MovieRob’s Favorite Trivia – Filming the scene in which John almost falls to his death while restoring the mosaic in San Nicolò church was also beset by problems, and resulted in Donald Sutherland’s life being put in danger. The scene entailed some of the scaffolding collapsing leaving John dangling by a rope, but the stuntman refused to perform the stunt because the insurance was not in order. Sutherland ended up doing it instead, and was attached to a kirby wire as a precaution in case he should fall. Some time after the film had come out, renowned stunt co-ordinator Vic Armstrong commented to Sutherland that the wire was not designed for that purpose, and the twirling around caused by holding on to the rope would have damaged the wire to the extent it would have snapped if Sutherland had let go.  (From IMDB)