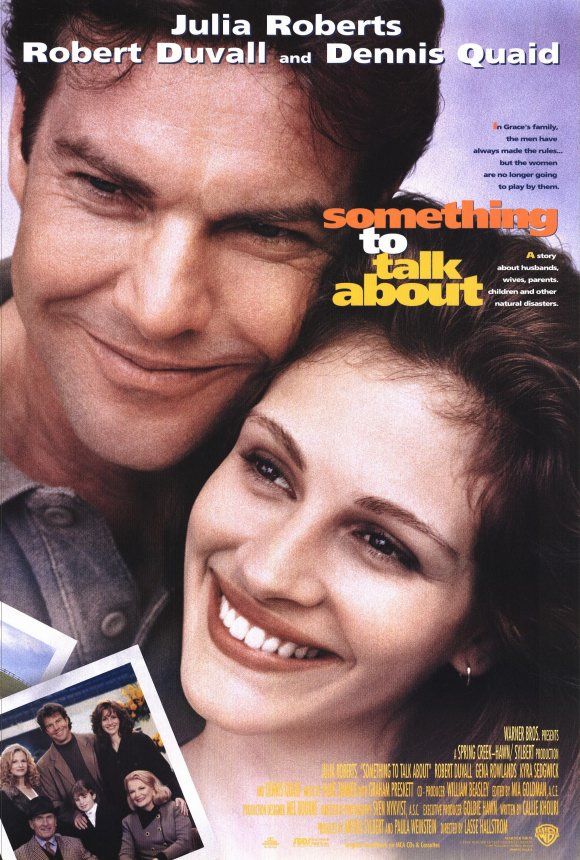 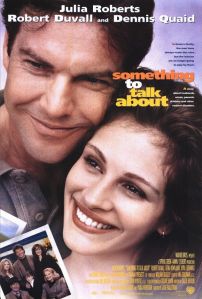 “Emma Rae, I have a cookbook to put out, and a daughter to raise, and the God damn winter Grand Prix. And I just don’t have time for the nervous breakdown I deserve, so please, don’t ask me to stop and think!” – Grace

Brief Synopsis – A woman living in a small town discovers that her husband is cheating on her and tries to get on with her life but small town politics and way of life prevent her from doing so.

My Take on it – This is a film that I saw years ago and didn’t remember much about it besides the main cast.

The cast is filled with some very talented actors yet Julia Roberts is the only one who is able to give a solid performance here.

I have always been a big fan of Dennis Quaid and Robert Duvall and both of them give pretty weak performances here because their characters seem too superficial and stereotypical throughout.

The overall story about infidelity in a small town doesn’t work well enough and definitely comes across as mediocre the whole way through.

The story is quite generic and has been use as the premise of many other films and this one doesn’t manage to give us anything unique about such a situation to help make it stand out.

The story itself contradicts itself numerous times because it says it will go in one direction and then right after, it turns around and goes in the opposite direction which shows that even the script itself is filled with doubts and uncertainties.

The movie portrays the lifestyle of small town and how difficult it is to keep secrets and how the pressure of the people around them cause people to take action on things that they don’t necessarily wish to.

Bottom Line – Mediocre film about infidelity in a small town. Roberts is quite good in the lead but none of the other actors manage to give as solid a performance as she does because they all seem like stereotypes.  As a fan of Quaid and Duvall, I was a bit disappointed in their world here. The story itself is pretty generic and has been used in the past numerous times. The story goes in strange directions because the narrative says one thing and then goes in the opposite direction which shows a bit of uncertainty as to where it wants to go with things.

MovieRob’s Favorite Trivia – The movie was supposed to be called “Grace Under Fire”, but that was rejected because of Grace Under Fire (1993). So the movie was eventually named after the song “Something To Talk About”, popularized by Bonnie Raitt. The version in the movie is sung by Therese Willis. The song was composed by Shirley Eikhard. (From IMDB)