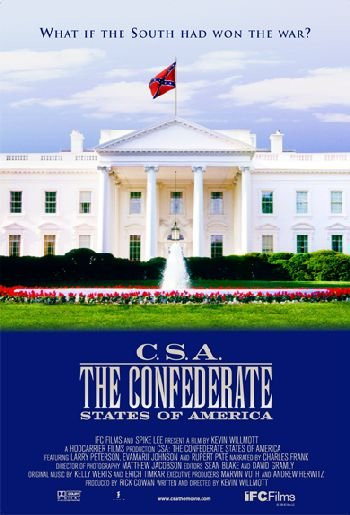 “[In his final interview in Montreal in June 1905, shortly before his death] I failed to see it. The abolitionists understood what consequences would be. They knew it was always about the negro, but I was blind. Now I see. I see what our once great country has become. I only wish that I had truly cared for the negro. Truly cared for his freedom, for his equality. I used him; now I am used. Now, I too am a negro without a country. I pray that someday, the colored people of Confederate America will be free. A nation stained with the blood of injustice cannot stand. I only regret that… I shall not live to see it fall.” – Old Abraham Lincoln

Brief Synopsis – A mockumentary that looks at how life would have been like if the Confederacy had won the US Civil War.

Bottom Line – Such an amazing mockumentary that does a fascinating job of showing how life in America (and the World) would have been different had the Southern Confederacy won the US Civil War. Love the way that they present things as a documentary being shown on TV along with commercials that give us even more insight into the way of life in this “alternate” world.  The film allows us to see how certain events in history would have been viewed by a government that utilized slavery. Obviously this film takes things to far extremes and try to show the absurdity of such situations which helps make things even more enjoyable. This kind of story has so much potential to play with world events and my biggest compliant is that at only 90 minutes, this film is much too short. Highly Recommended