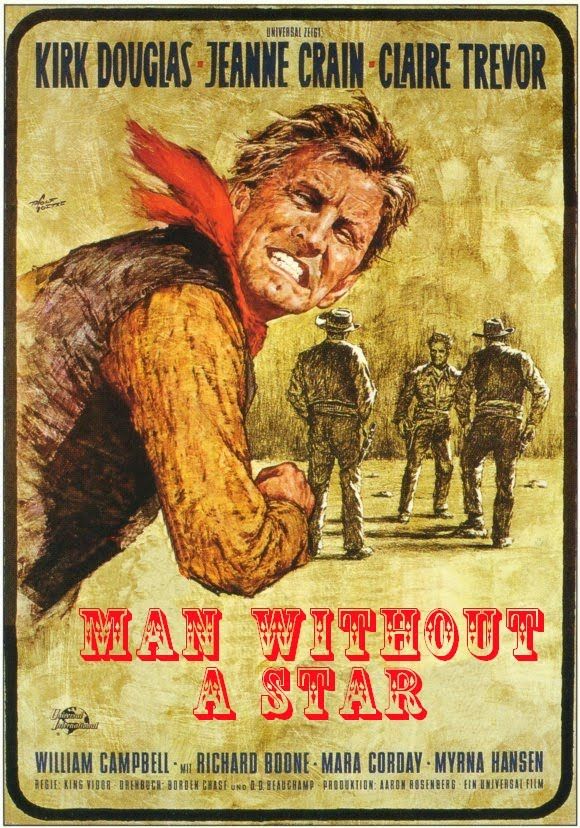 “You’ll learn. Or you’ll be up to your armpits in beef. ” – Dempsey Rae

Brief Synopsis – In Wyoming, a drifter finds himself needing to choose sides when the female rancher he works for causes trouble for her neighboring ranchers.

My Take on it – This is a film that I knew nothing about before coming across it and the title along with the fact that it stars Kirk Douglas intrigued me.

This movie actually takes a very familiar plot line in the genre and twist it a bit by changing the gender of the rancher.

Unfortunately, it isn’t able to tell a compelling enough story that is able to remain interesting throughout.

Douglas actually does a fine job in the lead, but even he isn’t able to make this story come across as being much more impactful or enjoyable along the way.

I was actually a bit surprised by the fact that the title doesn’t refer to a man who isn’t a sheriff (like I had assumed by the title), but instead they give us a pretty obscure ad somewhat disappointing explanation as to why the film has this title.

The film has minimal action which is presented in a fine way yet it completely fails to make the story line any more thrilling or enjoyable.

The way that Douglas’ character needs to waiver between the two sides of the conflict is also presented in an ok fashion, yet once again doesn’t help to make the story feel any more impactful to watch unfold.

Bottom Line – Intriguing twist to a familiar plot line in the genre that unfortunately fails to stay interesting.  Douglas is fine in the lead, but even he can’t help make this film come across as being more impactful or enjoyable.   The fact that the title doesn’t refer to the character not being the sheriff really surprised me since I was sure that that was the intent for the title and instead they give us a somewhat disappointing and obscure explanation.  The action is ok, but doesn’t manage to make things more thrilling.

MovieRob’s Favorite Trivia – With minor changes, the script was used for The Virginian (1962) Season One, episode fifteen, “Duel at Shiloh”. (From IMDB)