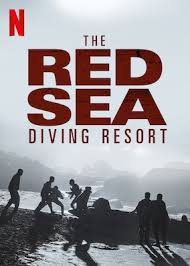 Brief Synopsis – A group of Mossad agents are sent to Ethiopia in order to try and find a way to save the tens of thousands of Jews living there who’s lives are threatened by the bloody civil war in the late 1970’s.

My Take on it – This is actually a movie that I came across by accident and quickly discovered by reading the synopsis that it was based on a true story that I was somewhat familiar with.

The story is in and of itself quite inspiring about what can be done to help refugees and the fact that this is based on truth helps enhance the feeling tat we are watching historic actions on screen.

Unfortunately, the characters aren’t developed very well and they mostly feel like stereotypes on an individual basis is definitely a drawback here, but they find a way to make up for that by telling a pretty powerful story about a small group of men and women inspired to do their duty who ultimately went on to help tens of thousands of refugees along the way.

Chris Evans once again is able to show his acting range with this role and is able to show that he can give us more compelling performances that don’t require him to play a superhero.

Having known some o the backstory to this film’s plot definitely helped me appreciate things a bit more than normal, but the way that they are able to find a way to fill in the blanks makes this story even more enjoyable to watch as it unfolds.

The film s able to create some really intense moments along the way that also helps make this feel even more powerful.

The use at the end of the film of real pictures and footage of the events portrayed helps make this story feel even more impactful an inspirational especially since we get to see the real people who were involved in this operation.

Bottom Line – Very interesting story that is enhanced by the fact that it’s based on a true story. They unfortunately don;t develop the characters enough on an individual basis, but they make up for it by telling a powerful story about how a small yet inspired group were able to help tens of thousands. Evans does a fine job in the lead role and shows his acting range is much larger than just playing a fictional superhero. Knowing some of the backstory to this film’s plot actually helped me enjoy it even more, but the way that they are able to fill in the blanks along the way makes it even more enjoyable to watch unfold. The real pictures and video footage at the end helps enhance this story and makes it even more moving because we get to actually see the real people who were involved in this operation. Recommended!

MovieRob’s Favorite Trivia – At around the 1hr 14min mark, when Chris Evan’s character, Ari, gets done with his jog and sees Greg Kinnear’s character, Walton Bowen, again. Around Ari’s neck you can see a pair of headphones that are the exact same kind that Peter Quill a.k.a. Star-Lord wears to listen to his Walkman in the Guardians of the Galaxy movies. (From IMDB)