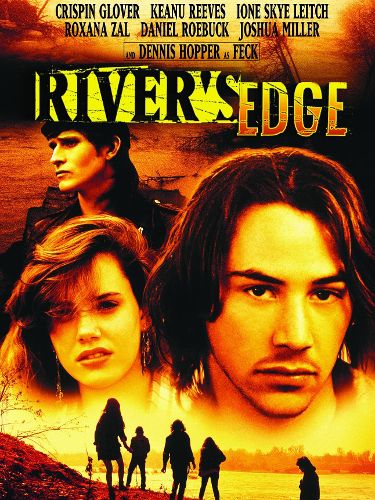 “Two dollars and money for gas. One of us should get a job, or… something.” – Layne

Brief Synopsis – A group of close knit friends try to figure out how to deal with the fact that one of them murdered a young girl that was also part of their group in cold blood.

My Take on it – This is a film that I had never heard of before watching and was quite surprised at how interesting it was.

They manage to give us a very intriguing coming of age story that tries to explore how kids of various ages deal with certain kinds of situations much differently than adults would.

This movie allows us to see the varying perspectives of these different ages and we can see how the mind reacts at different stages of development in life.

The plot of this film deals with a senseless murder and we get to see how each of these characters act very differently in how they want to deal with this situation that they now find themselves in.

Each of them is quite confused in the way they want to find a solution and it’s nice to see the different options that they see are available to them.

The main cast of this film is extremely talented and most were in this film before they became recognizable actors.

This is a movie that is able to raise a lot of question about the how and why things occur in the world and despite not giving a clear cut concrete conclusion to this story, the journey is played out really well.

Bottom Line – Very interesting coming of age film that finds a way to explore how youth deal with situations differently than adults. The film is able to give us the perspective of kids of various ages and we get to learn how their minds see things very differently.  The plot deals with a murder and we are shown how such an event can be quite confusing for all of the characters involved because none of them know how to properly react to thing kind of act.  The cast is great and features lots of talented actors before they were able to break out along with one very well known one to help the story along. Loved seeing Glover. Reeves, Skye and Roebuck joined by Hopper. The movie raises a lot of questions about the how and why things occur and despite not coming to a clear cut conclusion, the journey works really well. Recommended!

MovieRob’s Favorite Trivia – Although it is a work of fiction, the movie was inspired by the murder of Marcy Conrad, who was killed by her boyfriend Anthony Jacques Broussard in Milpitas, California, in 1981. (From IMDB)