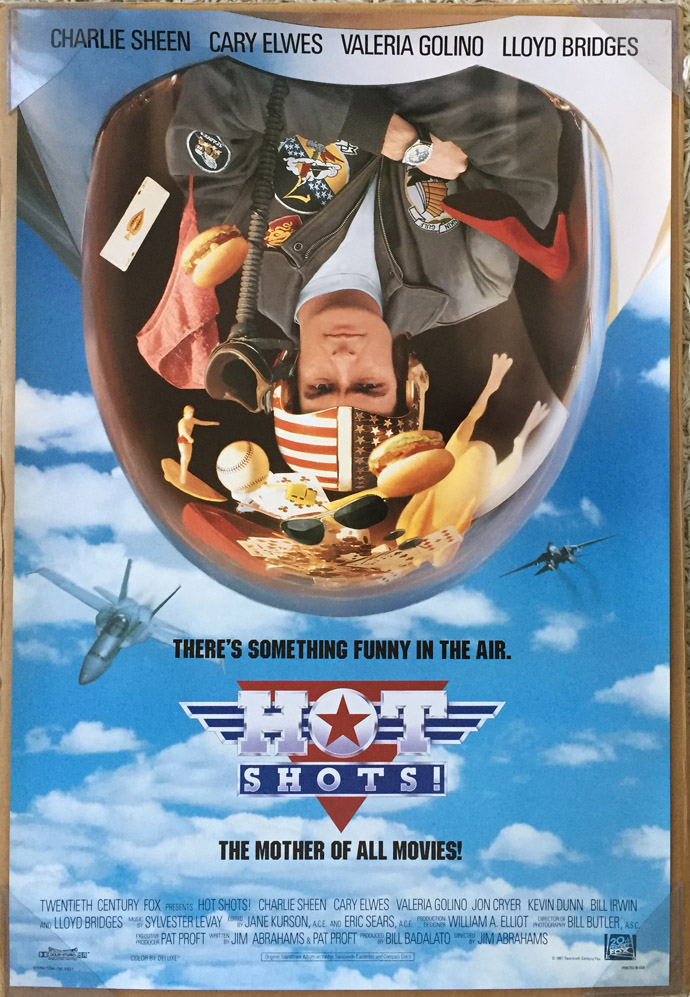 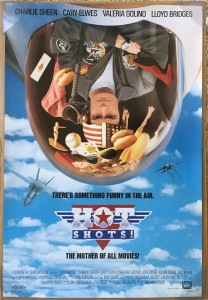 “What do you do with an elephant with 3 balls? Walk him and pitch to the rhino.” – Ramada Thompson

Brief Synopsis – A pilot haunted by his past must join a secret mission that is doomed to failure due a corrupt ammunition dealer.

My Take on it – This is a film that I recall seeing in the theater back when it came out in ’91 and have always enjoyed revisiting due to the way that Jim Abrahams is once again able to create a really enjoyable parody of films like Top Gun (1986) and the Gulf War itself.

The idea to make a parody of action films like this is a great idea and it works so well especially since they are able to take normally tense and serious scenes and make them really funny to watch unfold.

The plot itself is a bit generic and bland, but most people don’t go to see these kind of films for the plot.

The opening scene has so many great ideas that just watching that part of the film is satisfying enough.

The choice of Charlie Sheen in the lead was a great idea and they are ale to milk his persona and character for what it’s worth.

He is helped here by an all-star cast who do wonders with the comedy of this story.

Bridges actually is the best of the entire cast and like he was able to do in the Airplane series, he expertly delivers the dead pan humor of his character while creating enough physical and verbal slapstick to keep things so very funny all along.

This film doesn’t only deal with parodying military films and The Gulf War but also add so many 80’s genre movies to the list of ideas parodies including 9 1/2 Weeks (1986) and Dances With Wolves (1990) to name just a few and they do it so well that it constantly is able to make the viewer chuckle over and over at the ideas brought forth.

This film might not be as good (or as iconic) as some of Abraham’s other films, but it still gets things across really well.

Bottom Line – Great parody of Top Gun (1986) that allows us to see the humor in some very serious kinds of situations.  Abrahams once again is able to do his kind of humor despite a very generic and by the book plot. Sheen is quite good in the lead and is helped by an all star cast that includes Elwes, Golino, Cryer, Dunn and Bridges who manages to get the dead pan humor down pat once again and overshadows every one else whenever he opens his mouth or does something hilarious. They are able to parody so many different genre films from the 80’s and take this to great heights in order to elicit chuckle after chuckle.  Not as good (or as iconic) as some of Abrahams’ other work, but it’s still done really well. Recommended!

MovieRob’s Favorite Trivia – Valeria Golino claims the scene in which she catches an olive popped out of her bellybutton was accomplished without trick photography. (From IMDB)