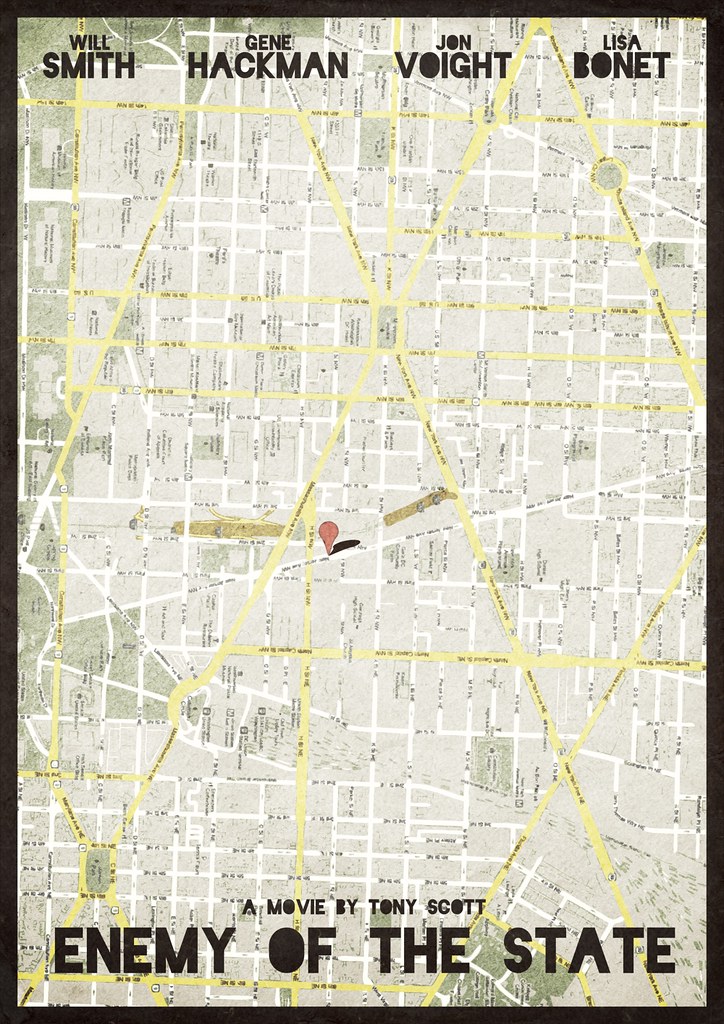 “The government’s been in bed with the entire telecommunications industry since the forties. They’ve infected everything. They get into your bank statements, computer files, email, listen to your phone calls… Every wire, every airwave. The more technology used, the easier it is for them to keep tabs on you. It’s a brave new world out there. At least it’d better be. ” – Brill

Brief Synopsis – A Washington lawyer accidentally gets mixed up in a conspiracy theory and must get in contact with a secretive security expert in order to extricate himself from the problem.

My Take on it – As a fan of conspiracy theory thrillers, I have loved this film ever since I first saw when it came out 21 years ago.

The story is also to stay engaging and thrilling from start to finish and works on so many levels.

Will Smith is a great choice for the lead role here and he shines in this performance.

His chemistry with the rest of the cast is great, but it is especially noticed when he shares scenes with his co-star Gene Hackman.

Hackman is also superb in his role as a secretive surveillance expert that remains paranoid about all around him at all times.

They both are able to create such realistic characters for us to believe that they could be real people.

The supporting cast is also great and is filled with lots of familiar faces of actor who had yet to break out.

The film has a very intriguing message that is probably even more relevant today than it was when this film came out a bot over two decades ago.

They get the potential dangers of government surveillance so right and it’s somewhat scary to consider the possibilities of such technology.

Tony Scott does an amazing job directing this film ad is able to keep the tension level extremely high throughout.

The script is filled with some great dialogue that keeps within the parameters of serious action thriller, but every now and again allow the characters to pepper in a bit of humor into their scenes to lighten things a bit.

The way that this film develops the characters is great and this helps make us care so much about what will happen to them as the story plays out in a very cerebral and clever way.

Bottom Line – Great thriller that manages to work on so many levels. Smith is perfectly cast in the lead and his chemistry with Hackman is great throughout. Hackman also does a superb job with his role and both make us believe that their characters are realistic people. The film has a great supporting cast that is filled with lots of familiar faces. The message of the film about the potential dangers of surveillance is even more relevant today than it was 21 years ago when this came out. The story is presented in a great fashion by Scott who is an expert in these kind of thrillers and knows how to keep the tension level quite high throughout.  The dialogue is able to keep things quite serious with some humor thrown in every so often.  The characters are al developed quite well which helps make us care even more about what they do or what will happen to them along the way. Highly Recommended!

MovieRob’s Favorite Trivia – Gene Hackman turned down the film several times, but was ultimately convinced to sign on after a phone call by Director Tony Scott. Will Smith later signed on at a relative post-Independence Day (1996) bargain price because he wanted to work with Hackman. (From IMDB)