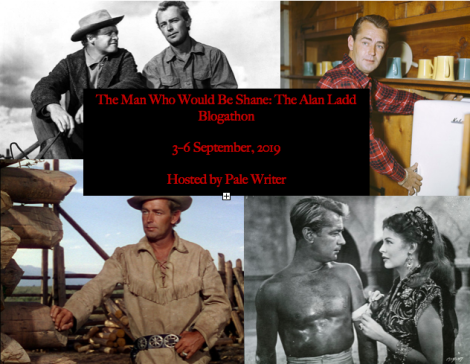 “My first wife was the second cook at a third-rate joint on 4th Street.” – Rusty

Brief Synopsis – Politics and corruption are tested when the son of an influential politician is found dead and the list of suspects is quite long.

My Take on it – For this blogathon, I had to do a bit of research since I wasn’t familiar with any of Alan Ladd’s performances besides his most famous one as Shane (1953).

I chose this film since the premise sounded intriguing and I was interested in seeing how they looked at ideas like political corruption nearly 80 years ago.

They do a nice job here creating a thrilling noir mystery that deals with politics and political corruption in a way that shows how timeless these kind of issues truly are.

They are able to keep things ambiguous enough throughout and manage to keep the identity of the murderer hidden throughout.

The story plays out quiet well throughout and is able to keep things mysterious and intriguing.

The cast of this film is quite talented with Brian Donlevy, Veronica Lake and Alan Ladd all doing great jobs with their characters.

The story starts off pretty simply and gets more and more complex as things move on which helps raise both the suspense level and the stakes involved at things get more intense.

Unfortunately, the characters aren’t developed deeply enough and it’s not easy really caring about any of them, but they also don;t come across as caricatures either.

Bottom Line – Great noir mystery that is able to deal with politics and political corruption in an interesting way.  The story is able to keep us guessing as to the identity of the murderer quite well and things play out really well along the way. The cast is great with Donlevy, Lake and Ladd all giving great performances in the roles they are giving, The story gets more and more complex as it moves along and that helps raise the suspense level while also raising the stakes of it all along the way.  The characters aren’t developed as well as one would hope, but they also don’t fall easily into the trap of seeming like caricatures either. Recommended!

MovieRob’s Favorite Trivia – The always aloof Alan Ladd, a former laborer, preferred the friendship of film crew than other actors or studio execs. Yet he was able to form lasting friendships with a few of his costars, especially William Bendix. Bendix accidentally cold-cocked Ladd during a particularly vicious fight scene in this film. Ladd was so taken aback by the sincerity of Bendix’s apologies that they formed an immediate and unlikely friendship. They even purchased homes across the street from one another at one point. According to Bendix’s wife Tess, the bond was strained in later years after Ladd’s wife and manager, Sue Carol, made an offhand remark about Bendix’s lack of military service. Stuck in the middle, it would be a decade before the wounds healed between the two. By then, Ladd was career down and self-destructive, leaning heavily on Bendix, who was thriving out of town frequently in the 1960s with stage work. Bendix’s heartbreak was evident in the wake of Ladd’s premature death (and probable suicide) in January of 1964. Bendix’s health failed quickly and he too died (of bronchial pneumonia) a week or so before Christmas that same year. (From IMDB) 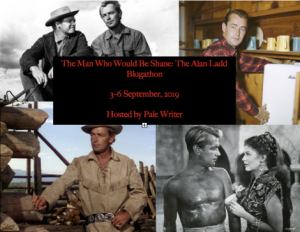