This post is part of The World War II Blogathon being hosted by Maddy of Maddy Loves Her Classic Films and Jay of Cinema Essentials.

“I want everyone here to smell like a distillery. ” – Col. Lewis Pugh

Brief Synopsis – During World War II, a group of retired soldiers who wish to do their part for the war effort are sent on a dangerous mission to blow up a blockade of ships that have been attacking Allied ships in Goa.

My Take on it – This is a film that I had heard of of the title yet didn’t know anything about it besides the fact that it takes place during World War II and was therefore a great choice for this blogathon.

They find a way to keep this story quite enjoyable and the fact that the (no longer young) actors used in the film actually play characters close to their own age in a very plausible fashion while still being in an action film is done really well.

The story is set up quite well and they do a nice job mixing together espionage and actions scenes that help keep the story very realistic.

The fact that this story is based on real events adds so much more to the impact of it all.

It’s great seeing David Niven and Gregory Peck back together again on screen after nearly 2 decades after The Guns of Navarone (1961) and they once again have great chemistry together.

The addition of Roger Moore and Trevor Howard also helps add so much to the ensemble cast of ‘older’ British actors who make appearance in this movie.

The story is able to seem quite plausible as a daring, dangerous and obscure mission that can be handled by former soldiers who wish to continue to do their duty even after they are no longer needed in regular service during the war which gives them all a once again patriotic feel as they get to serve their country in a time of need.

The action scenes are also done well and the story remains fun the whole way through.

Bottom Line – Really enjoyable film that caters to the fact that the cast are all much too old for action stars. The story is set up really well and the fact that it’s all based on true events helps make it even more impactful.  Great seeing Niven and Peck back together again and the addition of Moore and Howard adds even more to this ensemble cast.  The story is set up really well and they manage to plausibly create such a daring and obscure mission for the characters that it all comes across pretty realistically.  The action scenes are done well and they find a way to keep this story quite fun along the way. Recommended!

MovieRob’s Favorite Trivia – The movie was dedicated to Lord Louis Mountbatten, following his assassination by the I.R.A. The dedication reads: “This film is dedicated to the memory of the last Honorary Colonel of the Calcutta Light Horse – Admiral of the Fleet, The Earl Mountbatten of Burma, K.G. 1900-1979.” According to Australian movie magazine “Movie News”, Mountbatten “helped with the preparations for the film version before his tragic death. ‘The Last Charge of the Calcutta Light Horse’ took place just before Mountbatten arrived in India in 1943 as Supreme Allied Commander in South-East Asia”. Mountbatten wrote the foreword to James Leasor’s book “Boarding Party”, on which this movie was based. The foreword stated “I immediately saw how valuable were the results of this operation. I am pleased that at last credit may be given to those who planned and carried it out.” (From IMDB) 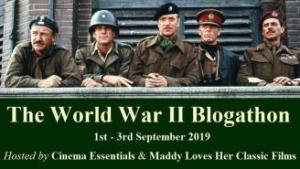