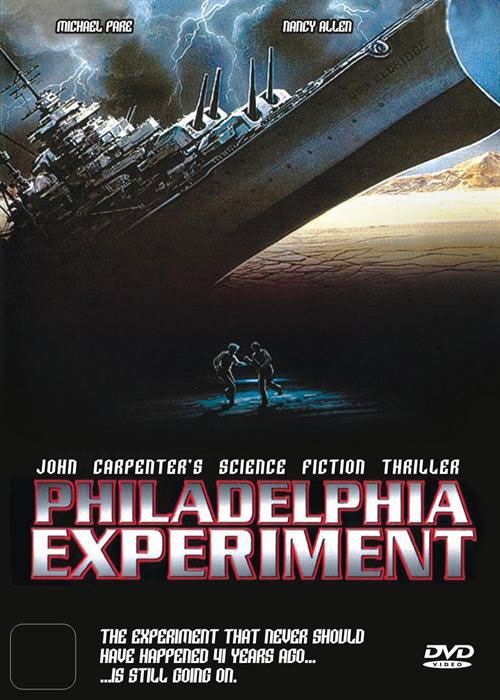 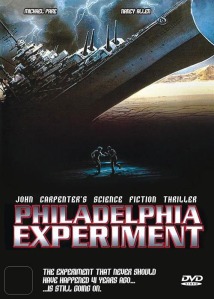 “We’ve all got problems, honey. But we don’t solve ’em with guns. ” – Sheriff Bates

Brief Synopsis – During World War II, two sailors about a battleship gets caught in a time warp following a dangerous experiment that bring them forward in time four decades.

My Take on it – This is a film that I recall seeing on cable as a kid and enjoyed the time travel aspects of things.

The film feels slightly dated and the cheesy special effects unfortunately don;t help much, but the story itself is quite interesting and allows us to explore how time travel would effect two sailor from World War II.

The film does a great job showing the man out of time aspects and that even lead to some fun scenes where they deal with people and events in the future.

Michael Pare and Nancy Allen are both excellent choices for the leads in this film and they manage to have great chemistry together which helps make things even more intriguing to watch unfold.

The movie doesn’t shy away from trying to explain the time travel technical issues and it can be considered mumbo-jumbo but it still is done in a way that enhances the story and makes it seem much more plausible.

The film’s story has some obvious plot holes that hurt things a bit and it seems as if they edited out some key scenes or dialogue that would have made this even more interesting and intriguing to watch as it plays out.

Bottom Line – Great premise that works quite well despite the cheesy special effects. The man out of time aspects of this story are quite interesting and they play them out really well here. Pare and Allen are both really nice choices for the leads and they have string chemistry together which helps make things work even better. They do a really good job explaining much of the scientific mumbo-jumbo in order to make the story being told seem even more plausible.  There are some obvious plot holes in the film and it seems as if they edited out key parts of the story that might have made this even more interesting and intriguing to watch unfold. Recommended!

MovieRob’s Favorite Trivia – At the time of its release, it had the fastest theatrical-to-video window in film history (it opened in August and was released on video by late October). (From IMDB)

One thought on “The Philadelphia Experiment (1984)”