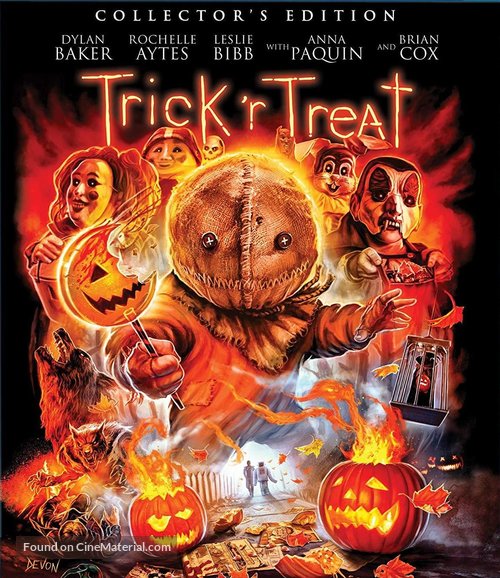 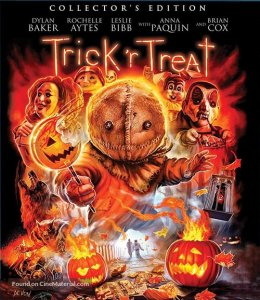 Brief Synopsis – Anthology of four different tales that take place in a small town one Halloween night which all have a young oy dressed with a pumpkin suit appearing as the connecting thread between them.

My Take on it – As someone who isn’t a fan of horror films, I was intrigued by the premise of this film.

The way that things are presented here actually helps make it more interesting since it is all seems very cleverly planned out.

Really liked the way that each of the stories seem to be completely unrelated yet they find interesting ways to form connections between them either by characters, events or sometimes situations that help the stories cross path with one another.

In some cases, they even manage to continue some of the stories of the other tales within a new tale in order to give them some form of closure.

The young kid who is the connecting thread between the various stories is probably the weakest art of this film, but even given that, it’s somewhat imperative to have some kind of connection between the stories.

It doesn’t surprise me much that this film has a large cult following since it fits the profile of a film that would get that kind of status even if it’s far from being perfect.

Bottom Line – Interesting idea that works because it is quite cleverly planned out, The various stories all seem to be completely unconnected, but the film does a nice job finding ways to have each of the stories cross paths with one another while also finding creative ways to continue some of the other stories even after they seem to be finished. The young kid as the connecting thread between the four stories is the weakest part of it all, but it is understandable why they needed such a connector.  It’s not much of a surprise that this film has reached cult status even though it is far from perfect.

MovieRob’s Favorite Trivia – Characters from each story are frequently seen in the background of stories they are not involved with. This is to help piece together the chronology of the movie. (From IMDB)